There are many names of God in Hindu Dharma: Brahman, Isvara, Paramatman, Supreme Self, Bhagavan, Parabrahman, Shiva, Vishnu, Yaksha etc.

The soul, on the other hand, is known as Atman or self or individual self. The supreme self and the self are two eternal entities of creation. Both are enjoyers. But one is the supreme lord of the macrocosm, while the other is the Lord of a microcosm of a living being. The Hindu dharma says that we live in samsara, which is transient, is subject to modifications, aging, and death. But the world of Brahman is eternal and imperishable.

Thus, the goal is to escape from this suffering by becoming free of mortal existence, and finally entering into the realm of Brahman. But that does not mean one should commit suicide. One should always look to improve one’s karma so that the soul can finally be free. Otherwise, one enters the cycle of rebirth. 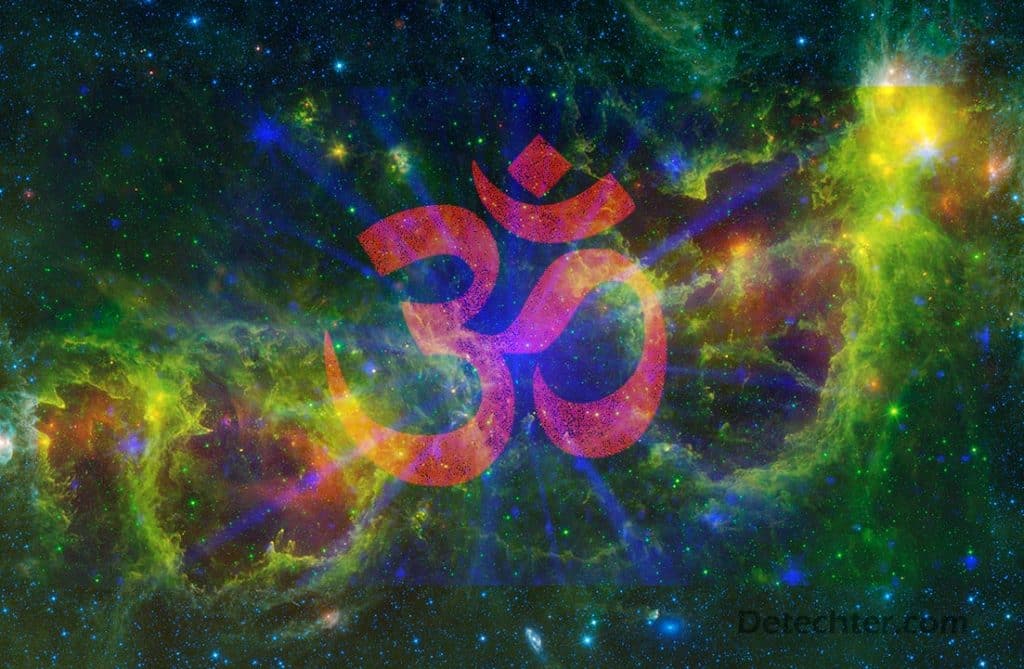 The relationship between God and the Self have had several theories and speculations, but all of them are different, without any consensus. Nobody can pinpoint the true equation between God and his creations, even in the wakeful state. Thus, while we can speculate, they might be same, we cannot give a definitive conclusive that they are indeed the same or that they are different. But what can be said is that they beyond mind and body, and it cannot be grasped with human senses and intellect. Empirically, however, nothing can be proved, except if one goes through an inner personal spiritual experience.

In Hindu dharma, there are three theories of creation: projection, transformation, and superimposition.

With each of this theory, the relationship between God and his creation is influenced.

The Advaita school of thought says that the whole universe is one and there is only one reality. The truth is a God, and everything else is Maya, delusion, and concealing. Only in our perception does the distinction between God and self-lies. But God and soul are one and same. A soul can never be separated from God. Just as the light of sun spreads, God enters into everything in the Brahman. The Supreme envelopes in all space and time, and the same self is the individual souls; there is no division or change.

The other school of thought says that while there is no separation between God and self, the creation of diversity and other life forms happens when God comes into contact with nature or Prakriti. He then becomes reflected in various Gunas and aspects of the latter.

These are all three aspects of Brahman, all reflections of it. And when God steps away from nature, they can disappear too.

Thus, God and his creations are identical in this way.

The third school of thought says that there are two different sets of reality, and they are different.

God and the creation represent two different eternal realities, and that the liberated souls will never merge into him, but instead might come into the presence of God only. The theory also holds that souls are not created by God. They are eternal, but they are dependent on various stages of liberation and bondage. They are caught in Samsara, and the cycle of births and deaths, due to the delusion and desire-ridden actions. When they are liberated, they reach the highest heaven of God and lives in his company. But never merging with him.

This school of thought is known as Dvaita and is popularized by Sri Madhvacharya.

All of these school of thoughts have been brought about through constant study and interpretation of verses of same Vedas, Brahmasutra, and Bhagavad-gita. They are all beyond the understanding of human intellect. But having said that, one must not deter from worshipping God. Existence is such that no one can really conclude, yet. It is a subject that can never be completely satisfied. To do so, one needs to arrive at truth oneself. And that he can do by experiencing the transcendental state personally.

The Importance of Three Gunas – Sattva, Rajas and Tamas