10 Beautiful South Indian Temples that every Hindu should visit

South Indian temples are famous for the Dravidian style and Vijayanagara style architecture that is grandeur, tall and consists primarily of pyramids like towers made from sandstone, soapstone, and granite. They look magnificent and are breathtakingly beautiful, providing people with both spirituality and amusement.

Compiled here are the ten beautiful South Indian Temples, which everyone should visit once in their lifetime.

Designated as a world heritage site by UNESCO, it was built in the 7th century by the queen of Vikramaditya to honor the king’s victory. Virupaksha Temple has Dravidian-style architecture and is located 350 km from Bangalore in Hampi.

This Shiva Temple is one of the most beautiful South Indian Temples and lies on the bank of the beautiful Tungabhadra River.

This temple was on the list of top 30 nominees for the new “Seven Wonders of the world.” It is said that this temple was built in the 6th century BCE by survivors of Kumari Kandam but was looted all of its valuables by Muslim Malik Kafur in the 14th century. It was again rebuilt in the 16th century by Nayak ruler Bishwanath Nayakar.

Meenakshi Temple lies on the bank of the Vaigai River in the city of Madurai, Tamil Nadu. The halls, gopurams, and shrines of the temple are ornate and grand in their appearance. Two distinct features in terms of iconography are the shrine of Meenakshi holding a parrot and the right raised leg of Nataraja.

Sri Venkateswara Swami Temple was built in 300 AD. This temple is dedicated to Lord Venkateswara, an incarnation of Lord Vishnu, and is known as Tirupati Balaji Temple. It is located in Tirumala of Andhra Pradesh.

Tirupati Balaji temple is one of the richest temples where devotees donate a huge amount of money and valuables annually. This is regarding the story that Lord Vishnu could not return to Vaikunta without paying the debt of Kubera, which devotees believe to help Vishnu to pay the debt by donating their valuables that would bring them more fortunes and property.

The temple has a rich history and Dravidian style architecture with a magnificent environment. It is a place that is must visit both in regards to the amusement and religious pilgrimage.

This temple was built in the 7th to 8th century and is situated on the big island of sand in the Ramnad district of Tamil Nadu. It is dedicated to Lord Shiva. The temple is also one of the twelve sacred Jyotirlinga temples of Lord Shiva.

The legend narrates the tale of Lord Rama, who is believed to have prayed to Lord Shiva here. The temple has one of the longest and most ornate corridors among other South Indian temples. Rameswaram is also one of the Char Dhams for pilgrimage.

These ancient capital cities of Chalukyas are famous for their beautiful rock-cut temples in Karnataka. These beautiful south Indian temples date back to the 5th century CE, elaborate in their architecture and grandeur. Aihole is also known as the “Cradle of Hindu Rock Architecture.”

Designated as a world heritage site by UNESCO, it was built in the 12th century by Rajaraja Chola. Airavatesvara Temple is constructed in the Dravidian style of architecture. It is classified as Karak kovil, a temple built resembling the shape of a chariot used during temple festivals. Literary evidence is found in Tamil works that refer to the temple as Karak Koil.

Located in Darasulam, Tamil Nadu, this temple is a storehouse of art and architecture with some exquisite stone carvings. It is dedicated to Lord Shiva and traces its name from Airavata, the white elephant of Indra who worshiped Shiva in this temple.

Also designated as a world heritage site by UNESCO, Brihadishwara Temple was completed in 1010 CE and is one of the largest temples in India. This temple was constructed in the Dravidian style of architecture of the Chola period and is dedicated to Lord Shiva.

Brihadishwara Temple is located in Thanjavur, Tamil Nadu. The temple stands amidst fortified walls that were probably added in the 16th century. The Vimana (temple tower) is 198 ft (60 m) high and one of the world’s tallest. The Kumbam (the apex or the bulbous structure on the top) weighs around 80 tons. There is a big statue of Nandi (sacred bull) carved out of a single rock measuring about 16 ft (4.9 m) long and 13 ft (4.0 m) high at the entrance.

The entire temple structure is made out of granite, the nearest sources of which are about 60 km to the west of the Temple. The temple is one of the most visited tourist attractions and most beautiful South Indian Temples in Tamil Nadu.

Dating back to the 16th century, Vittala Temple is dedicated to Lord Vishnu, who is known as Lord Vittala in the temple. Vittala Temple features the original South Indian Dravidian style of architecture. The temple was constructed back in the reign of King Devaraya II.

Vittala Temple is one of the most popular attractions of Hampi, and people from all over visit the temple to look at its beautiful carvings and magnificent architecture. Vittala Temple features the original South Indian Dravidian style of architecture. The pillars and walls of the temple are beautifully decorated with intricate carvings.

The star attraction of the temple is the Ranga Mandapa and 56 musical pillars, which emanate music upon tapping. This temple is one of the most popular and mysterious South Indian Temples. The Vittala temple is the grandest of all temples and historical sites in Hampi. The temple showcases the creativity and architectural excellence that the sculptors and artisans of the Vijayanagara era possessed.

Also known as Suchindrum Temple, it is located in Kanyakumari, Tamil Nadu, and was built in the 17th century. This temple attracts various pilgrims from across the neighboring states. The legends of Anasuya and Ahalya are attached to the temple.

The unique features of the temple include the four musical pillars, the hanging pillar, and the single Linga, which represents the Trinity, Brahma-Vishnu-Mahesh.

Sri Ranganathaswamy Temple is a famous Hindu Temple dedicated to Lord Ranganatha, the reclining form of Lord Vishnu. The temple complex is huge and is spread over an area of 156 acres (63.131 hectares).

The structure of  Sri Ranganathaswamy Temple is unique and comprises seven concentric rectangular enclosures or prakarams formed by huge walls. These prakarams run around the chamber in which the deity presides.

As per research, it has been found that Sri Ranganathaswamy Temple is one of the largest functioning temples in the World. Also, it is ranked amongst the largest religious complexes in the world.

11 Hindu Temples of Nepal You Should Visit 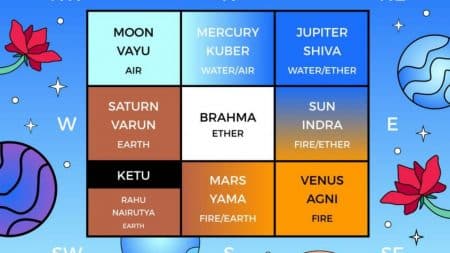