The temple’s name is originated from the Sanskrit words “Guha” and “Ishwari,” which means the goddess of the cave. Built in rich Pagoda style during the Lichhavi period, Guhyeshwari temple is where Lord Shiva’s wife, Sati Devi’s both knees are believed to have fallen after her death. In the temple, Sati is worshipped as Mahamaya, while Lord Shiva is worshipped as Kapali.

Lord Shiva and Sati Devi, the immense power and spiritual soul, are worshipped as one of the most powerful gods and goddesses in the Hindu religion. The Pashupatinath temple and Guhyeshwari temple were built in the Lichchhavi Kings. 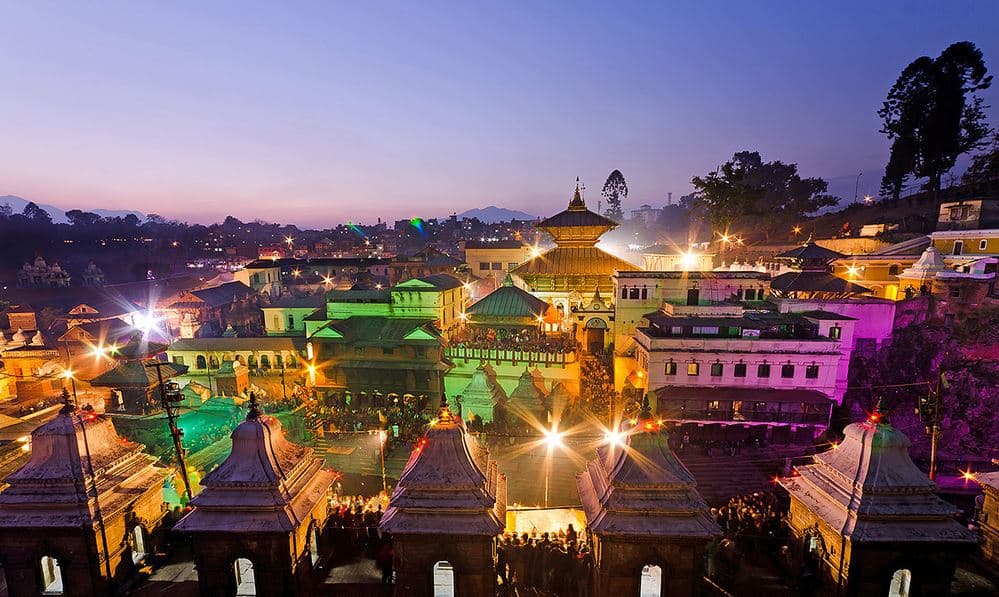 Pashupatinath, one of the most significant temples of Lord Shiva in the whole world and also is enlisted in the UNESCO Heritage site in 1979. It is further considered the oldest temple of Lord Shiva, whose exact date of construction is unknown. Though the exact period of the temple’s existence is unknown, the site was rebuilt when Malla Kings in Pashupath Area discovered a Shiva Lingam. Located in Kathmandu, the Pashupatinath temple has other pilgrimage and holy temples around the area built in the rejoice of Lord Shiva, Sati Devi, and other gods/goddesses.

There’s a beautiful story involving the origin of Pashupatinath, which says that the temple was built as a representation of Lord Shiva, who resides in Kathmandu areas as a deer with Goddess Parvati. But the story behind the origin of Guyeshwari Temple is related to the death of Lord Shiva’s beloved wife, Sati Devi.

Devotees visiting the whole Pashupati Area first receive their worship from Guhyeshwari Temple, i.e., from Shakti, and then enter the main temple of Pashupatinath and visit other temples nearby. This tradition of visiting Guhyeshwari before any other temples are still followed by the Royal family. Guhyeshwari is worshipped first as there is a belief in worshipping Shakti before Shiva. Shiva and Shakti are incomplete without each other; still, Shakti is worshiped before Shiva because Shakti is Jagat Mata (mother of the whole world) and is the reason for the existence of this beautiful universe.

The puranic story of Daksha Yajna and Sati’s self-immolation has a great impact on calling the Guhyeshwari temple a Shakti Peeth. When Lord Shiva was insulted by his father-in-law, Daksha, his wife Sati Devi fell embarrassed and angry, which made her jump into the flames of the Yajna. Shiva was terrified to see his wife burnt dead. He picked her corpse and began wandering throughout Aryavartyha in sorrow, because of which her body parts began falling to the earth.

There are 51 Shakti Peethas which also corresponds to 51 letters of the Sanskrit alphabet, which are supposed to be enshrined with the presence of Shakti due to the fallen body parts of the corpse of Sati Devi. It is said that Sati’s Knees was fallen at the place where now Guhyeshwari temple is built. It also marks the place where both the knees of the goddess are said to have fallen. Also, in the Guhyeshwari temple, the Shakti is “Mahashira,” and Bhairava is “Kapali.”

Several devotees all over Nepal, including Hindus and Buddhists, perform their pujas and paths on the platform of the holy temple. Especially the Newar community all around Nepal perform various Puja at the holy Guhyeshwari Temple every year. The Newar perform their Newari Bhoj (Newari feats) at the temple as a devotee. Even the Newar Bajracharya Buddhists worship Guhyeshwari as “Vajrayogini.” 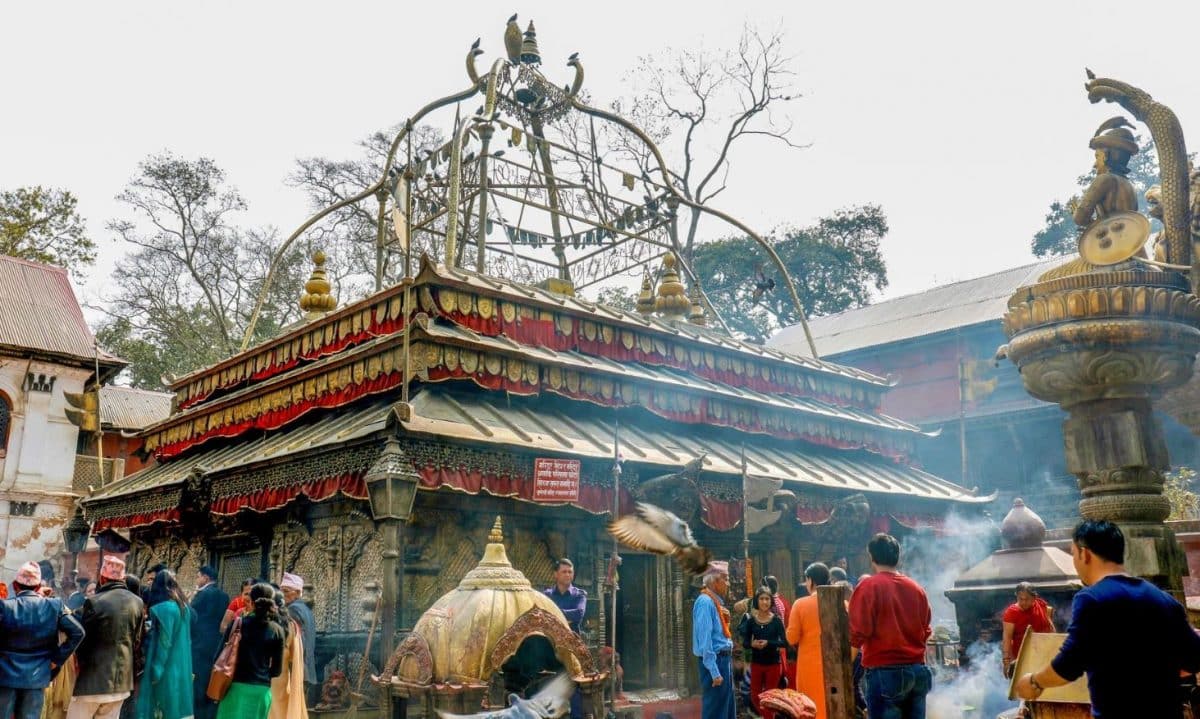 One of the important festivals of the temple is “Guyeshwaru Yatra,” a tour that starts from Guyeshwari Temple following Pashupatinath and ends at Hanuman Dhoka, Basantapur. This temple has more importance and seems to be more crowded during the first ten days of the biggest festival of Hindus, Dashain (Navaratri). Devotees from all over Kathmandu come to worship Goddess Guhyeshwari during those days. Further, Goddess Durga’s spiritual and holy statues are also placed around the temple during the time.

Guhyeshwari Temple was first built during the reign of late King Shanker Dev of the Lichhavi period in memory and respect of Sati Devi. King Shanker Dev decided to construct the holy temple after the discussion with a Tantric, Narasingha Thakur. However, later in 1654 A.D., the temple was completely renovated by King Pratap Malla with the suggestion of a noted Tantric, Lambakarna Bhatta. The idols in the temple are made of gold and silver.

Built in rich architectural design, the Guhyeshwari temple was constructed in Bhutanese Pagoda style. The temple built with the advice of tantric has several tantric rites performed there. Furthermore, playing several musical instruments during prayers was presented by King Rana Bahadur of the Shah Dynasty of Nepal.