Among the principal Upanishads, Isavasya (Isha Upanishad) is the only one that is part of Samhita. Isha Upanishad consists of 18 verses in poetry and is the end part of Sukla Yajurveda. Why is it important to be a part of Samhita? It acts as a testimony for the authenticity and ancient factor of the Upanishad. (Yajurveda is one of the 4 Vedas, which is divided into two parts, Krishna and Sukla).

The meaning: ‘All that is here in this ever-changing world constitutes the abode of the Ruler (He is the in-dweller in everything); therefore, when you take anything here to utilize for your benefit, do it with a sense of renunciation (rather than arrogation); you should not covet others’ means of living (dhana is prey, the thing on which one feeds on)’.

What this means is that everything in the world changes continuously. But there is a ruler and the whole world is his abode. Therefore, no one can possess anything here but can enjoy the fruit of life. As such, there is no point in being arrogant about yourself, and when you enjoy something and take something to enjoy, you must be guided by the renunciation principle.

What are these instructions saying? The first part of the verse says that the world is ever-changing. This concept is in line with the philosophies in the west, especially the Greek philosopher Heraclitus who first said that the world is changing in nature. The philosophy came about 500 BCE, but this Upanishad had been in the age 1000 years prior to that.

So, who is the ruler? The verse says that the ruler is in everything. Everything that is pervaded by him is the ruler. The entity that pervades everything is the Atma, which is the ultimate principle “Sat-chit-ananda”. In section 3.7 of Brhadaranyaka Upanishad, it says that the Atman is the inner controller of all beings. As he is the sole controller, he is therefore called in this verse as the ruler, and the one, without any second. Also, because he pervades everything in the universe, the universe is said to be his body. The proprietary and possessional rights are thus within his body, and our physical bodies are only constituents of the universal body.

Atman also makes sure that all the constituents are in their right places and that there is a harmony of interconnection between the sustenance of the whole. For survival, he has also provided the facility for these constituents to access other constituents. Thus, when a constituent acquires everything that he fancies and keeps it only under his possession, over the actual need of the sustenance, then it will break-down the system, as other constituents will be deprived of the essential resource for the survival. Thus, there is the caution: “enjoy, but don’t take away anything to own exclusive possession.” (tena tyaktena bhuñjīthā, mā gṛdhaḥ kasyasvid dhanam). 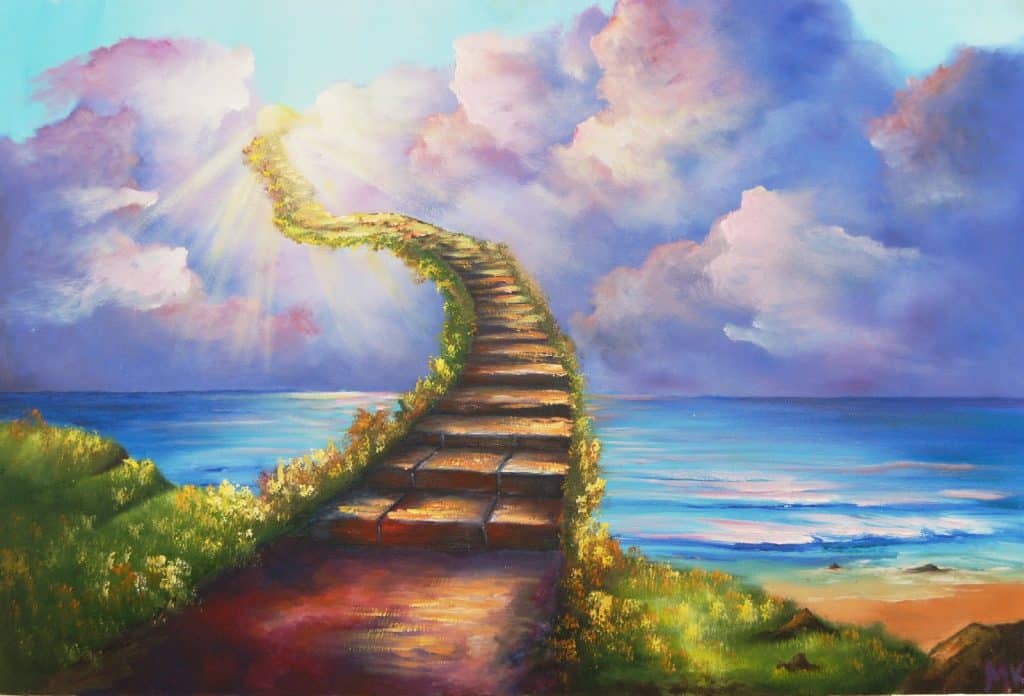 What does this renunciation really mean? There should be something that we have to renounce. Hence, there arises a dilemma. The second verse clarifies this dilemma, and it says that karma is the answer. Karma is our own prerogative, our own existential essence. Renouncing this karma doesn’t mean that one should refrain from doing it. It’s just the opposite. The performance of karma doesn’t create any bondage to the performer, and it says that the person who lived their past lives did so by performing karma. The instruction from the Upanishad is to follow the same path. The same verse also states that not performing karma is not considered a virtue, and also absolves us from bondage.

Verse 1 and verse 2 thus laid down the foundation for proper living. In verse 3, the Upanishad warns about negating the principle. It states that the person who defies the principles is thrown into the world of utter darkness, where he will suffer the life of worldly life and thus wisdom will never shine upon the person.

Verses 4 to 8 goes on to describe the nature of Atma and the warnings against the disregard of the principle mentioned in previous verses. Verse 4, says that Atman is one unmoving entity and transcends all that is moving, faster than the mind or any senses and it is upon the atman that projects the actions. Atman is unmoving since it pervades everywhere, and thus leaving it no space to move into.

Verse 5 expands on how Atma pervades all. Verse 6 and 7 talks about how the world is viewed by an individual, and how he perceives himself and other beings. It goes on to explain how he cannot or reject any being and cannot have passion or grief, because it is the world of atma, and everything else is just a part of it.

The most important verse of the Isha Upanishad is verse 8 which describes the features of Atman:

Meaning: ‘He pervades all; he is resplendent, bodiless, uninterrupted, without sinews, pure and devoid of evil; he is far-sighted, omniscient, transcendent and self-existing; it is he whoever sustains all realistic objects’.

The pursuit of knowledge and karma are two important things in attaining immortality. Both are necessary. Only pursuing one will lead them to darkness. While practicing karma, one should overcome mrityu (death), and while acquiring knowledge, one should aspire to attain immortality. Thus, these two are the two wheels of the same cart; both need to go together to reach the destination.

Upanishad says that “immortality is the freedom from being felled by desire and death is the state of being felled by desire.” Bhagavat Gita states in 2.62 that a person faces death when he submits to kama. Brhadarnyaka 1.2.1 says that hunger is death; hunger here means the urge for desiring things, that is the kama. People can easily fall into the alluring kama. When kama takes us over, we lose our identity and meet with death. The cycle thus continues until the relief from death happens, which is known as moksha and that is immortality.

The remaining verses – 15 to 18 – talks about how an aspirant can seek to know and attain eternal truth. The story is about how the seeker finds the eternal truth that’s veiled by the golden plate, and how aspiring for enlightenment, he removes it and appeals Pusan who is responsible for the deployment.

The eternal truth here is behind the word Satyadharma. But what is about the golden plate and how is it obstructing this Satya dharma? The golden plate represents the sensual pleasures of the material world. Gold here represents enticement. If we give into the enticement, we will never be able to liberate ourselves. Pusan is the nourisher who nourishes the physical endowments. He deploys the physical features that can cause enticement. That is why in the story, the prayer is chanted in his name so that he can make the endowments less attractive.

The verse then goes on to 16 where Purusha employs the whole range of his reins and contains the enticing features of the physical world. What this implies is that the Purusha pervades in all too, and is attached to worldly entanglements. This gives the sensual pleasure and suffering too.

Verse 17 talks about how the body turns into ashes and the prana sustains eternal life. Verse 18 sets forth the distinction between the world of sensual pleasure and the world of enlightenment and calls for the need to be on the right path. The prayer is directed towards Agni deva, the Lord of all who can destroy all the evils. Agni is thus the symbol of knowledge and the prayer is the call to seek the knowledge to distinguish between right and wrong.

Atma and Paramatma according to Hindu Dharma – God and Soul