Adi Shankaracharya, or Adi Shankara, or the first Shankara, was a great Vedic guru, philosopher, and teacher. Adi Shankaracharya was an ocean of wisdom and possessed vast knowledge from a very early age. His teachings and contributions are significant forces in developing the Hindu religion and philosophy we see today.

Throughout his journey, Adi Shankara integrated the concepts of older “Advaita Vedanta” and taught the fundamental purpose of Upanishads. Jagadguru Adi Shankaracharya is still remembered today for his contribution and teachings.

Regarding the birth of Adi Shankara, there are disparities among historians, scholars, and researchers. So, each of them proposes theories and dates for Shankaracharya’s birth. Some of the proposed dates are:

Adi Shankaracharya was from a poor Brahmin family from Kaladi (currently Kerela, India). His father was Sivaguru, and his mother was Aryamba. Both of his parents were great devotees of Lord Shiva. So, every day they prayed to the Lord for a child, which was later fulfilled.

Another story says that one day, Lord Shiva came into Aryamba’s dream and told her that he would appear in this world as her child. Thus, Adi Shankaracharya is often cited as the avatar of Mahadev himself.

When he turned twelve, he left his home and started living an ascetic life. While searching for a guru, Adi Shankara met his acharya Govinda Bhagavatpada. Under his guidance, Shankara read numerous ancient texts such as Vedas, Brahmasutras, Upanishads, etc. Everyone was amazed by his talent for mastering all those ancient texts quickly.

Jagadguru Shankaracharya obtained Maha Samadhi at thirty-two and left this world with his immeasurable teachings. Throughout his twenty years of journey, he traveled in every direction of the Indian Sub-Continent on foot to spread knowledge that shows his strong determination and dedication. However, many contemporary scholars and philosophers of his time opposed his teachings and ideas. Because of this, he was at several debates, which he won with his exceptional knowledge, clarity, and patience.

One of Adi Shankaracharya’s most remarkable works is his commentaries of Brahma Sutras ( an ancient text by Sage Vyasa). Brahma Sutra Bhasya is the oldest surviving commentary on Brahma Sutras. Moreover, he had also commented on ten Upanishads such as Brihadaranyaka, the Chandogya, the Aitareya, the Taittiriya, the Kena, Isha Upanishad, the Katha Upanishad, the Mundaka, the Prashna, and the Mandukya.

Furthermore, his commentaries on Bhagavat Gita are accepted by philosophers and scholars as authentic works.

Guru Adi Shankaracharya is the author of the ancient Sanskrit text, Upadesasahasri (the thousand teachings). It is an 8th-century text which consists of two parts – metric and prose. The metric or verse part includes nineteen chapters, whereas the prose part has three branches. The first part talks about the issues of Advaita Vedanta. In this verse, he states that pure consciousness, atman, and awareness are the true self, not a body and mind. Then, in the prose part, the sage explained ways to reach the final destination or liberation.

Besides commentaries on important texts, he wrote stotras for Krishna (Vaishnanism) and Shiva (Shaivism).

He composed seventy-two hymns for gods and goddesses. He wrote twenty-three texts to spread his teachings of non-dualism or Advaita Vedanta.

During sage Adi Shankaracharya’s lifetime, he came across many disciples. Only four out of them came out as the greatest. They were;

Before becoming a disciple of Adi Shankaracharya, Padmapada was a businessman named Vishnu Sharma. After transforming into a monk, Adi Shankara gave him the name Sanandanan. He was the first headmaster of the Puri Govardhanmatha monastery.

Once Guru Adi Shankara took all his disciples near the Ganga bank to give the Vedanta lesson. Sunandanan, on the other hand, was on the opposite side of the river. In front of all disciples, he called the Sunandanan. Without any hesitation, Sunandanan started walking on the river, because of which the lotus flower emerged below his feet. Stepping on those lotus flowers, he reached near the guru Shankara.

Everyone present there was amazed by Sunandanan’s devotion to his guru. From that day, Adi Shankaracharya gave him the name Padmapada.

He was one of the disciples of Adi Shankara, who governed the Jyotirmatha monastery in Uttarakhand. At Sringeri, Adi Shankaracharya accepted a boy named Giri. Unlike other brilliant disciples, Giri was not intelligent but laborious and loyal to the Shankara guru. All disciples treated him dumb, but Giri ignored their words and served his guru with complete faith, love, and dedication. Feeling delighted with his loyalty, the guru gave all his wisdom to him mentally without the other disciples knowing. To honor his guru, Totakacharya composed a hymn in Tokata metre.

He was an 8th-century philosopher, teacher, and one of the pupils of Shankaracharya. He was the first governor of the Dvaraka monastery in Dwaraka. Once Guru Shankara, on his journey to the west, came across the Srivali village. He met a father whose 14 years old boy was inactive and sat all day doing nothing. After listening to the boy’s father’s complaints, the guru asked the boy, “Who are you?”. In his response, the boy said “Brahman” in 14 verses, which impressed Adi Shankara and requested the boy’s father that he wanted to take him as his disciple.

He was a 9th-century disciple of the saint Shankara and headmaster of the Sringeri monastery in Karnataka.

The philosophy of Adi Shankaracharya was always clear, direct, and profound. He supported the existence of a single Supreme entity which is Brahman. All those different deities are the various forms of that same Supreme entity. According to Adi Shankara, to attain moksha and be free from samsara, one has to identify the true self of Atman and Brahman.

Adi Shankara is why the Vedic Dharma exists today. During his days, the forces that opposed Vedic philosophy or sect were greater and in more numbers than they are today. There was chaos in a matter of religion and philosophy in India.

Religions and sects such as Charvakas, Lokayathikas, Kapalikas, Shaktas, Sankhyas, Buddhas, and Madhyamikas were competing. Not only them but there were also about 72 sects in total, and there was a conflict between them. Superstition and bigotry prevailed during the times.

Some of those threats were

During such heavy threats, Adi Shankara single-handedly restored the Vedic Dharma and Advaita Vedanta to their pristine form in India, and that too in a very short period of time.

It is believed that Adi Shankaracharya lived for only 32 years. It is also said that the saint was last seen heading towards the Himalayas and spent the last moment of his life in the cave near Kedarnath.

He is, in fact, a profound philosopher, an able propagandist, a matchless preacher, a gifted poet, and a great religious reformer.

Shivapuri Baba and His Pilgrimage Around the World

Sarada Devi – Life and Teachings of the Holy Mother 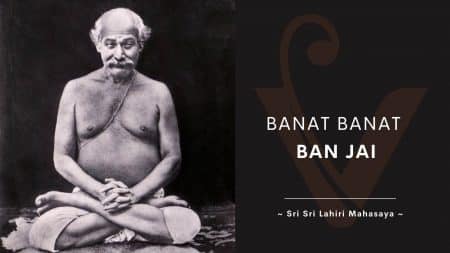 Lahiri Mahasaya – A Divine Guru and Master of Yoga