Astrological elements represent the feminine and muscular features of a zodiac. Like water and earth, signs represent femininity, whereas air and fire signs signify masculinity. Altogether, water, air, earth, and fire are known as the elemental signs of astrology.

Knowing the elements ruling on a zodiac allows one to fully understand one’s true nature. Also, one can analyze the compatibility of a particular element with another when establishing a relationship. The appearance of elements in an astrological birth chart helps to figure out one’s personality and behavior.

The Elements of Astrology 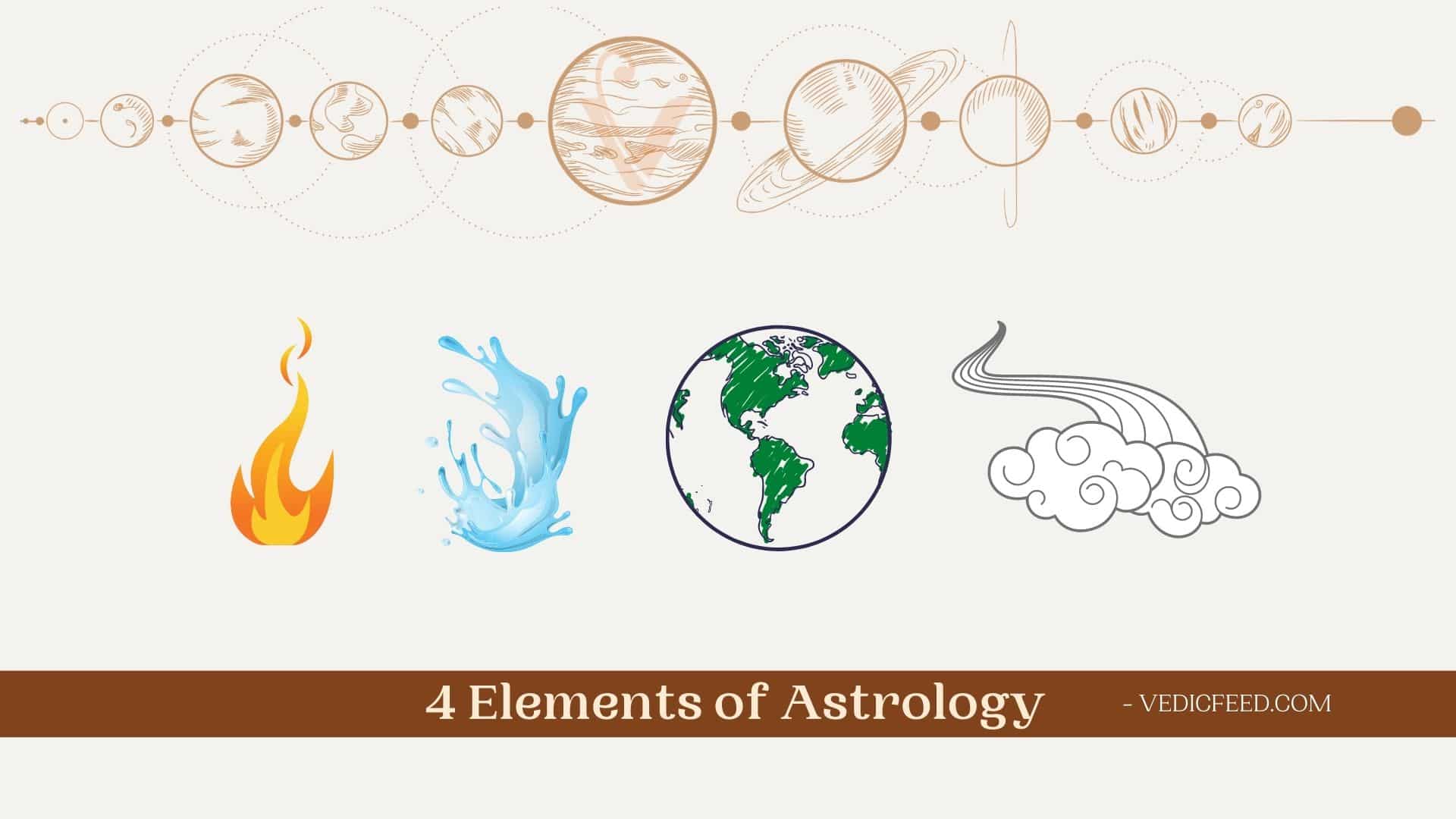 Every element has three modalities – cardinal, mutable, and fixed. These four life forces of the cosmos help to describe the 12 zodiacs they ruled on. Here’s a detailed explanation of zodiac elements with their functions and signs they rule.

Water Signs has a heart as deep as an ocean. People born under the water signs are known for their emotions. They understand and analyze things and connects to people on a deep level. Unlike other elements, water signs believe in intuition, thus makes them more into spiritual aspects.

The three zodiacs that fall under the water signs are Cancer, Scorpio, and Pisces. Each one of the zodiacs in water signs possesses specific traits. But the qualities that bring them together are empathy and sensitivity. Water sign has a great potential to become an extraordinary artist as they have extensive power of imagination.

Cancer is a cardinal, Scorpio is a fixed, and Pisces is a mutable sign in Water signs. Cancer is all about caring and nurturing loved ones whereas, Scorpio understands things at a much deeper level. Finally, Pisces are the most artistic and one of the most empathetic zodiacs in astrology.

When it comes to being realistic and practical, Earth signs outshine other elements. People having earth as an element in their zodiac birth chart are grounded and lives in a materialistic world. Earth signs are the builders in astrology as they prefer to do work that is needed and complete with excellent stability and honesty.

The Earth signs’ zodiacs are Taurus, Virgo, and Capricorn. The attributes that link all the zodiacs in earth signs are their down-to-earth, hardworking and pragmatic nature. They believe in doing things that make sense rather than doing in emotion, pressure, and overthinking.

Capricorn is a cardinal sign, Virgo is a mutable sign, and Taurus is a fixed sign. Taurus is one of the most dependable zodiacs and believes in stability and patience. Virgo is the logical reasoner and presumed to be practical and sensible. Lastly, Capricorn is independent, laborious, and has faith in old traditions, making them very conservative.

Air signs zodiac are winds of changes, trends, and communication. The element air deals with analytical reasoning, ideas, information, actions, and socialization. Air signs take a systematic and critical approach to analyze situations and make decisions based on that rather than emotions.

Gemini, Libra, and Aquarius are the zodiac of air signs. All of the zodiacs in air signs have a great sense of communicating and thinking. They can analyze problems from every perspective and come to the conclusion that offers justice.

Libra is a cardinal sign, Gemini is a mutable sign, and Aquarius is a fixed sign. Gemini is the most versatile as it can adapt to new circumstances. Libra believes in justice, communication, and taking action. Aquarius is all about being original and visionary. Besides, Aquarius has an extraordinary sense of examining situations or problems from a long distance.

The fire element is an energy of creation, devotion, confidence, and fierce. Individuals born under the fire element are very passionate, brave, optimistic, and always ready to take action. Fire can be impulsive sometimes, which may lead them to difficult situations.

Aries, Leo, and Sagittarius belong to fire signs. They let their passion drive them rather than emotions and thoughts. In Fire signs, Aries is a cardinal sign, Sagittarius is a mutable sign, and Leo is a fixed sign. Aries, ruled by Mars – the god of war, ultimately makes it courageous and risk-takers. Sagittarius possesses the qualities like independence, kind and brilliant. Leo has the personality of liberality, self-confidence, willpower, and leadership.

Air with other elements

Air signs can make an excellent connection to all elements to some extent. They can be benefitted from Air signs traits like critical and logical thinking, socialization, and adaptability.

Fire with other elements

Fire signs can teach other elements to be more fierce, confident, and optimistic. In return, fire signs can inherit traits like artistic, creativity, flexibility, and honesty from the air, water, and earth signs.

Water with other elements

Water signs make a great match to the earth signs. As water signs can add some emotions and artistic quality to them, the earth can teach water signs to be more practical and grounded. Water signs are incompatible with Fire signs. There will be a clash of emotions between water and fire signs as both are the opposite. Water signs can have a partial connection to Air signs as both have different approaches for analyzing situations. Air makes decisions based on logic, whereas water makes on emotions.

Earth with other elements