Goddess Bhuvaneshwari is the fourth amongst ten Mahavidyas, an aspect of Adi Shakti. Das Mahavidyas, ten wisdom goddesses are the ten forms of Divine Mother, Adi Shakti. Bhuvaneshwari Devi is the mother of the solar systems and the creator of the space; she changed all the creation as a universal truth by sustaining and protecting them too. She is the consort of Lord Shiva and the Goddess of the Universe. 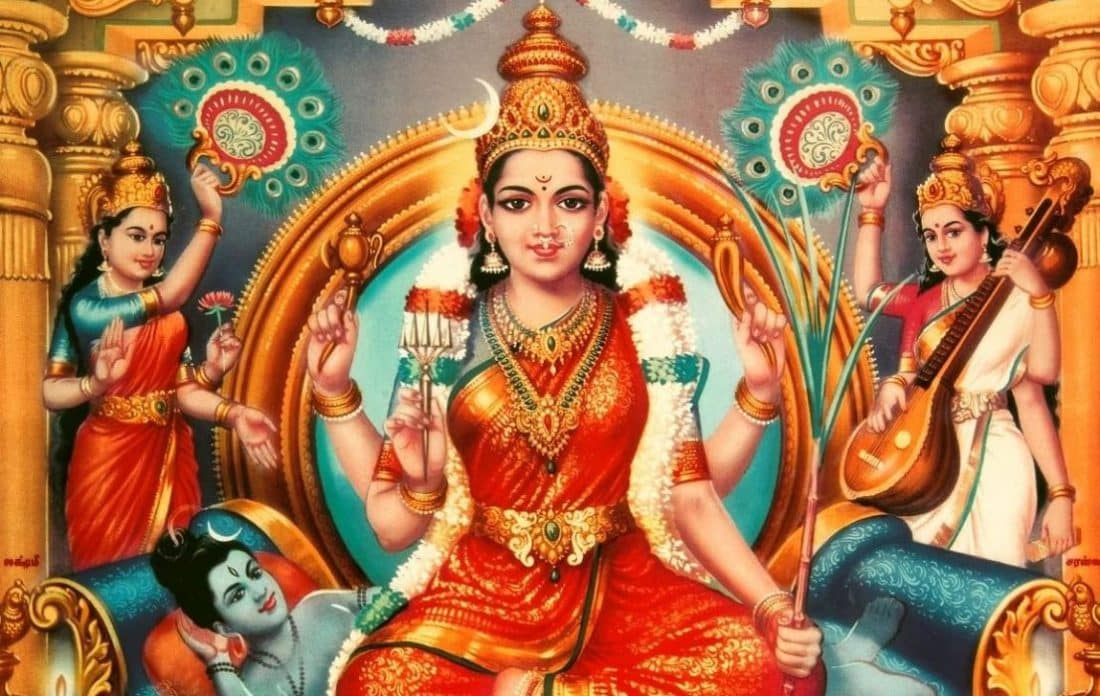 Before anything existed, it was the sun that appeared in the heavens. The rishis begged to create more worlds and offered soma to Lord Surya, master of the sky. Lord Surya was pleased and through the power of Supreme Energy, he created the three worlds. Having created the worlds, the goddess appeared in the form of Bhuvaneshwari. Then she ruled and protected the three worlds.

The word Bhuvaneshwari is a Sanskrit word composed up of two terms: Bhuvana and Ishwari. Bhuvan denotes the worlds of the universe, and Ishwari is the feminine form of the lord or the ruler. Thus, Bhuvaneshwari is known as the Ruler of the universe where the worlds are the tri-Bhuvan or three regions of bhu (earth), bhuva (atmosphere), and sva (heavens). Goddess Bhuvaneshwari is connected with Mother Earth, Prithvi as per the sacred hymns of the Rig Veda. In the Puranas, she is inherently connected with the Varaha Avatar of Vishnu. She is also the creator of Prakriti or nature. She commands the whole universe and controls the influence of turning the situation as per her desire.

The appearance of Bhuvaneshwari Devi 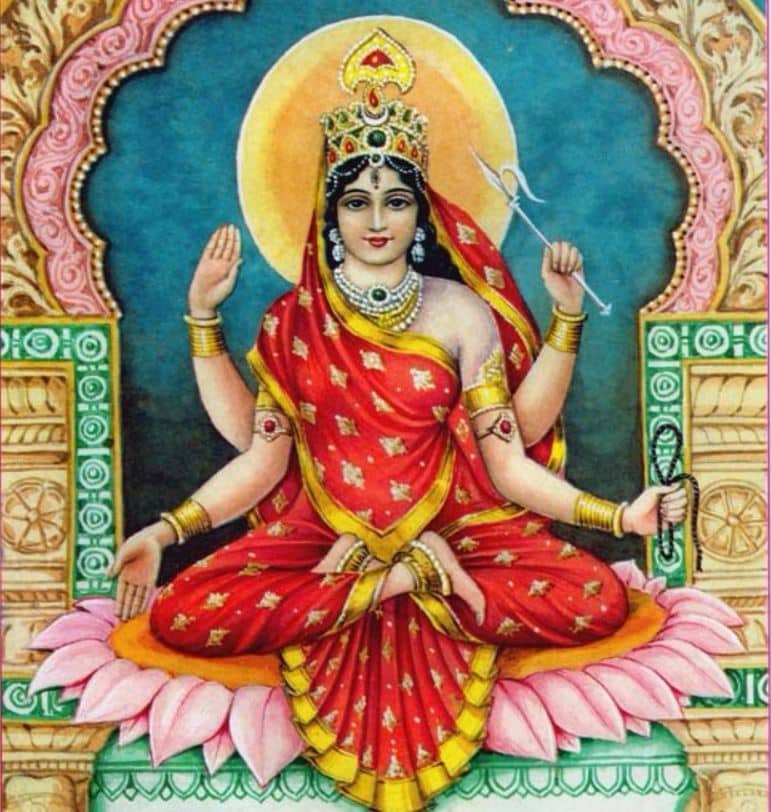 Maa Bhuvaneshwari Devi appears with a smiling face. She has one face, three eyes, a delicate nose, and four hands. Two of her hands bless the devotees and symbol of refuge and fearlessness while the other two hold the noose to draw the devotee closer to her and Angusam to rid the devotee of their sufferings. Her smiling face is meant to cheer-up devotees for happiness. Her body is stunning and shining with jewels. She wears Moon in the form of her crown. She is red and found seated on a Lotus flower throne.

She is considered to be the Goddess of Love as the Iccha Shakti. She creates the power of love, space, gives freedom, as unattached love has no boundaries. She plays the role of creator and protector as well. It is believed that one who worships her with a true heart and prayers over her regularly is blessed with 64 divine virtues. The worshipper of goddess Bhuvansehwar is said to succeed in all walks of life. It is believed that goddess Bhuvaneshwari brings happiness and remove sorrow in life and forgive all the Sins. Her sadhana is also done for Putra Prapti.

Bhubaneswari is the Goddess who rules the whole world. She is worshipped even by the gods and Yogis. The following benefits can be achieved by worshiping Goddess Bhuvaneshwari. 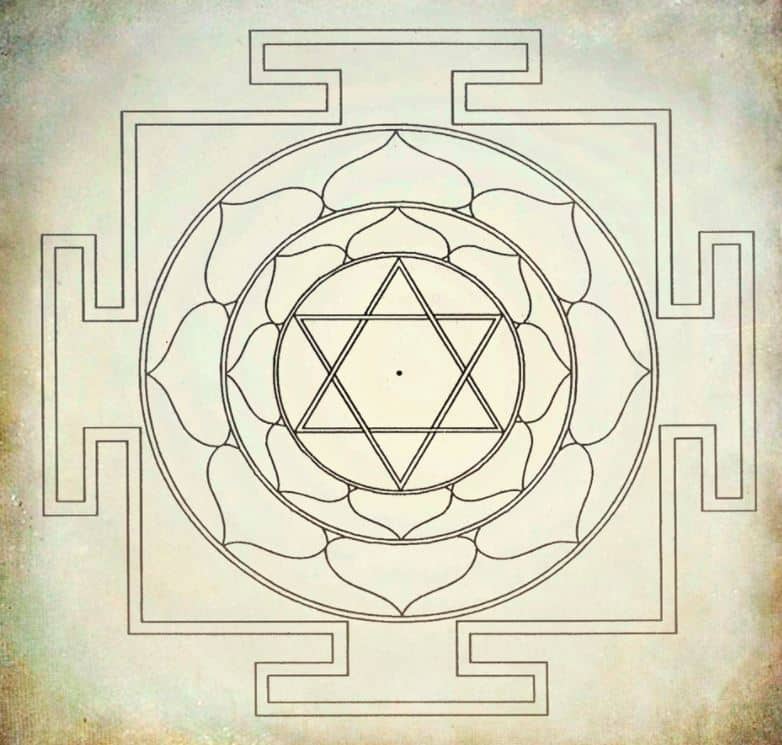 Bhuvaneshwari Yantra is a sacred geometrical diagram to pray Goddess Bhuvaneshwari. Through her worship, a devotee can overcome the illusion of the material world. The mystical religion-based diagram has the power to attract the principles of goddess Bhuvaneshwari and carries the signification of a mantra. This powerful yantra resonates positive energies of the goddess and blessed the worshiper with courage, confidence, mental, and physical and mental strength. (Significance of Yantras)

Bhuvaneshwari is the goddess of infinite space. The Divine Mother Bhuvaneshwari creates the space so that all the things in the manifested world could come up eventually. Space is the matrix in which all beings are created, sustained, and dissolved. Space has many levels of manifestation; the space of the universe and the space of the mind. All these different kinds of space signify only various aspects and functions of Bhuvaneshwari.

A devotee who chants Goddess Bhuvaneshwari mantra is blessed in different ways. It can also be chanted to please other gods and goddesses. Bhuvaneshwari Mantra:

A person who chants these mantras is blessed with wisdom and strength. Thus, Bhuvaneshwari Sadhana is done to gain all sorts of worldly pleasures. She is worshipped for progeny, wealth, knowledge, and the fortune. Thus, even the Gods regard her to be the Queen of the Universe and the Governess of Creation.