Vedic Deities like Indra, Varun, Agni, Vayu, Surya, etc are major Vedic Gods according to Rig Veda, but they have different roles and positions in Puranas. The roles of Hindu God and Goddesses are recorded in the form of writings in various Hindu Scriptures.

Though Vedic gods are still worshipped and given a special position, Puranic, now commonly known as Hindu gods and goddesses are more popular in this modern world. 33 Type of Gods in the Vedic Era is mistranslated after puranic to 330 Million. However, there are many Gods and Goddess mentioned in various Puranas as well. The supreme Gods has infinite Swarupa, most of the Gods followed by Hindus these days are just the different aspects of the Supreme God or Parameshvara – Brahman.

The most powerful Gods are Hindu Trinity, Brahma-Vishnu-Maheshwara, which stands for Brahma the creator, Vishnu the preserver, and Shiva the destroyer.

The most powerful Goddesses are the consorts of Hindu Trimurtis, Goddess Saraswati, Goddess Lakshmi, and Goddess Parvati or Shakti. – Also Known as Tridevi 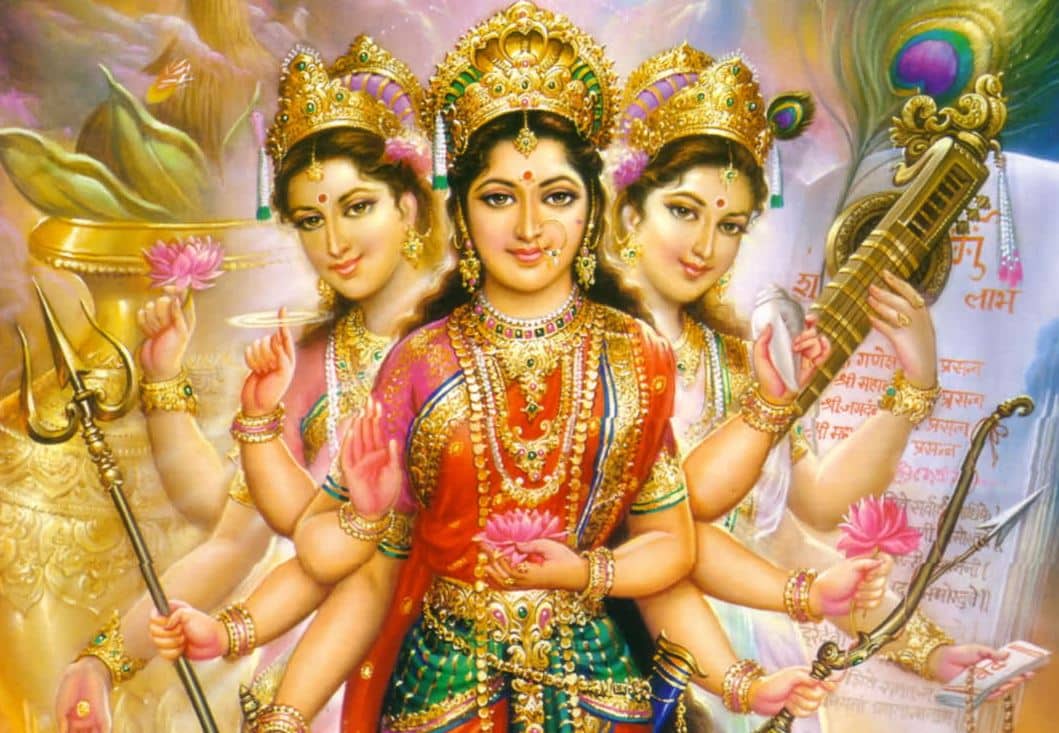 Most Important Hindu Gods and Goddesses

Though Lord Brahma is considered one of the Trimurti and powerful God, he is not mentioned in this list. This list is based on the popularity of the Gods in this modern era.

Role of Indra is to Rule the Deva Loka – Heaven,

Hinduism is a very complex form of culture and religion to completely understand. There are many different philosophies with different views and understandings of God. Hindu dharma is also further divided into more four sects, Vaishnavism, Shaivism, Shaktism & Smartism. Vishnu is considered supreme in Vaishnavism while Shaivism considers Shiva as an ultimate. Similarly, Goddess Shakti is the supreme Brahman for Shaktism.

Indra, Varun, Agni, Vayu, Surya are considered powerful gods in the Vedas. If you look at the Puranas, Vishnu Purana places Lord Vishnu in the supreme place whereas Shiva Purana puts Lord Shiva in the Supreme place. However, considering all those names that appear more on various Puranas as powerful Gods and Goddesses, here is the list of powerful gods and goddesses.