The soul (of everything) is called Shiva – there is no difference between the soul and Shiva.”­- Sri Sri Ravishanker. 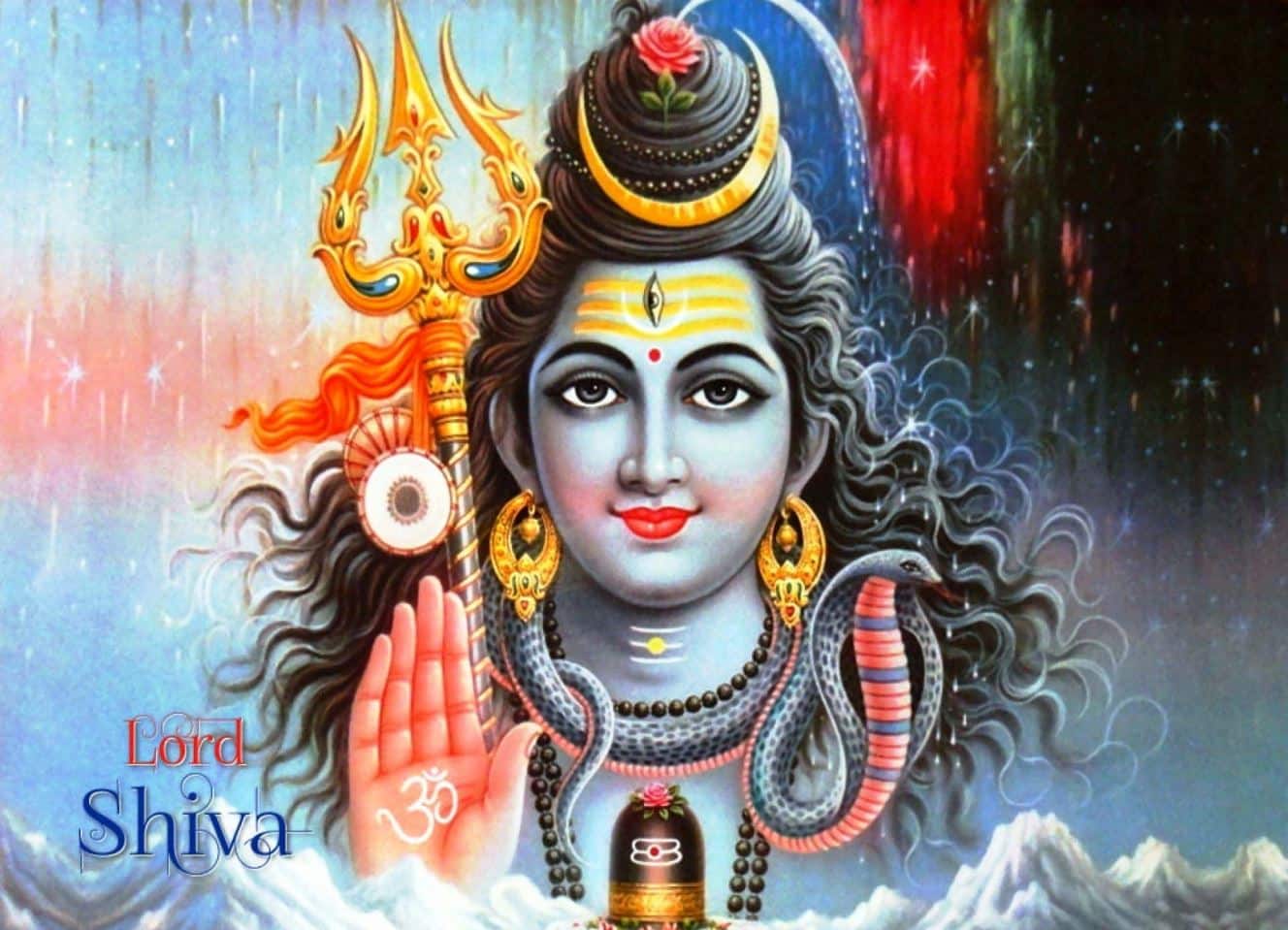 The wedding season is upon us. The noise, fun and the procession that lets everyone know the groom is headed to receive his bride. One such iconic procession is that of Lord Shiva.

Nara and Nari, If Shiva is the soul then Parvati is the kundalini resting in the body. When Shiva’s first wife Goddess Sati, left her body, Shiva missed her sorely and went into deep mourning and isolation. But he did not know that she had come back as Parvati. Taking advantage of the situation, the asura king Tarakasura secured from the god Brahma the boon that he could be killed only by the son of Shiva. Believing himself effectively immortal, Tarakasura terrorized the beings of the universe and defeated the gods. In the meantime, Parvati, the reincarnation of Sati, was born to Himavan, the god of the Himalayas and his wife the apsara Mena. Shiva so deep in meditation and mourning wouldn’t even look at Parvati, so the gods had to engage the services of Kamadeva, the god of love. While Kamadeva died in the act of playing Cupid because of Shiva’s anger, Kamadeva did succeed in piercing Shiva’s heart with the arrow of love.

Shiva was besought by the other gods to marry, he agreed but decided to test Parvati’s devotion first. The Saptarishi (the seven sages) approached Parvati and mocked Shiva to dissuade her; however, Parvati remained resolute. Then Shiva himself, disguised as an old ascetic, visited Parvati and vilified himself in her presence. As an angry Parvati was about to leave, Shiva revealed his true form to her and promised to marry her, pleased with her love and devotion.

On their way back to meet Parvati’s parents, somewhere near Triyuginarayan village, they agreed to marry first. Their marriage was solemnized a day before Amavasya in the month of Phalgun. This day of the union of God Shiva and Parvati is celebrated as Maha Shivratri every year. While God Vishnu was responsible for the wedding preparations, Lord Brahma acted as the divine priest.

Mahadev or Lord Shiva is worshipped by both Devtas (deities) and Danavas (demons). And he is also fair to both clans. He was not partial to only allow Deities in his marriage ceremony. Everyone be it demons, reptiles, scavengers, insects and deities, who wholeheartedly wanted to join their Lord were welcomed happily. 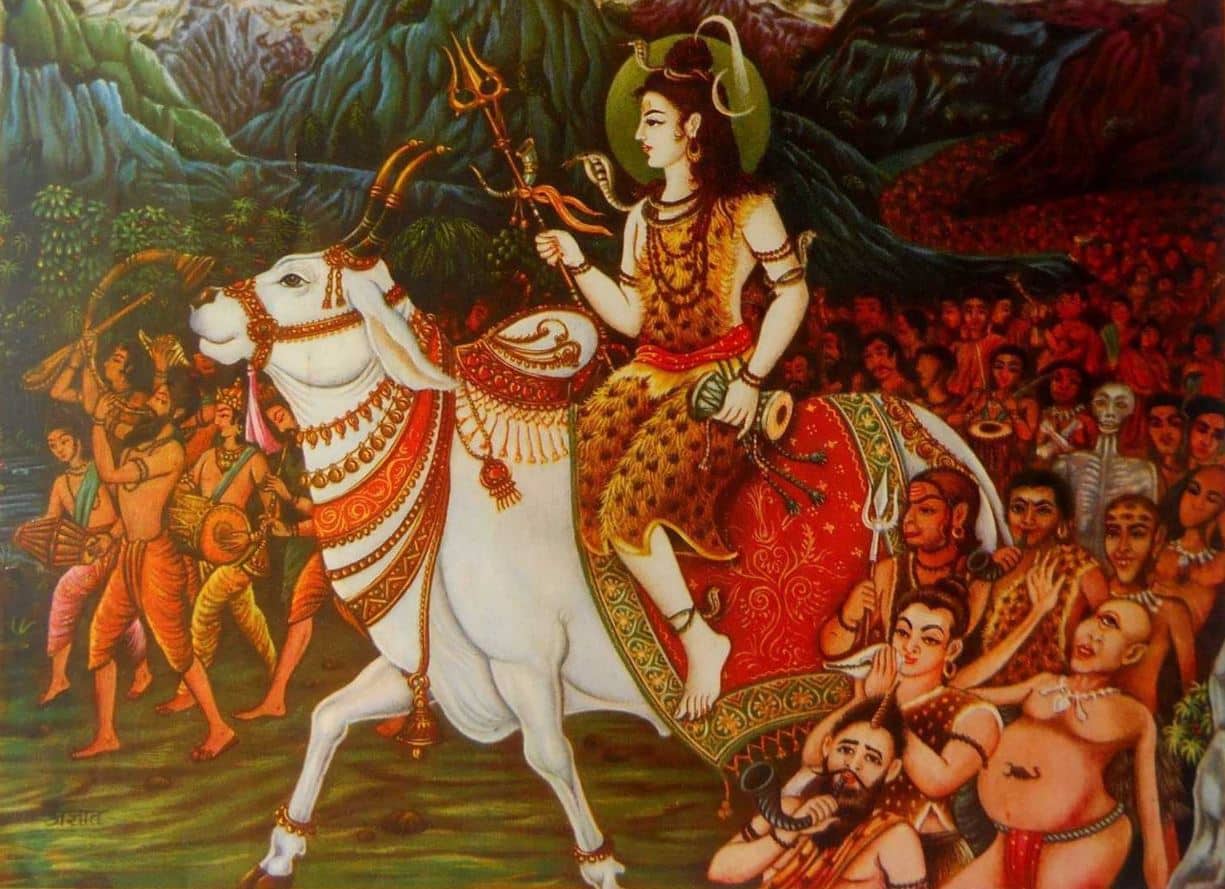 Lord Shiva invited all of his Ganas to the marriage ceremony. He also instructed sage Narada to invite all the deities, sages and celestial entities.

After getting the invitation from Shiva everybody started making preparations to be a part of Shiva’s marriage-procession. The seven mothers- Brahmi, Maheshwari, Kaumari, Vaishnavi, Varahai, Aindri and Chamunda dressed him up beautifully, Shiva then performed all the necessary Karmas to pacify the planet. At last, this wonderful marriage-procession of Shiva proceeded towards the in-law’s house.

First of all, Shiva sent Narada to Himalaya’s house to inform him about their (marriage procession) arrival. Himalaya sent his son Mainak to receive them.

When Maina saw that the marriage procession was coming she curiously told Narada about her desire to see her son in law. Shiva understood the conceit which her desire contained. He wanted to teach her a lesson. He sent all the deities one by one. Maina mistook each one of them to be Shiva but was later informed by Narada that in fact, they were not Shiva but the attendants of Shiva.

Maina was delighted and wondered how handsome Shiva must be if the attendants were so handsome. Right then Shiva arrived with his Ganas – His wedding attire was tiger-skin for the dress and a snake for a necklace. He had ashes smeared over him and his unkempt hair in matted locks! He was sat atop his vahana, the Nandi the bull. His Ganas too were looking ferocious. Maina could not bear this horrible sight and lost her consciousness.

The maidservants arrived instantaneously and helped Maina to regain her consciousness. She started crying and cursing everybody. She thought was responsible for her daughter’s marriage with Shiva. Nobody was spared – Narada, the Saptarishis, and even her own sons. She even admonished Parvati by saying, “Did you do severe penance to get such a horrible husband like this (Shiva)?”

Lord Brahma and Narada tried to console and convince her, but it was of no avail. When Himalaya tried to intervene, he was soundly rebuked. Maina threatened him that if this marriage took place then it would be the last day of her life.

At last Lord Vishnu arrived and tried to pacify her anger by saying that her anger was baseless as she had not seen the real appearance of Shiva, which bestows benediction. Lord Vishnu and Narada then lauded Shiva who on being pleased showed his most enchanting beauty.

Maina was now satisfied. At last, Shiva entered the Mandap (canopy) where the marriage ceremony was going to be organized. He saw Parvati sitting there. Both of them were highly delighted to see each other.

After the marriage ceremony was over, Sage Garg helped Himalaya in performing the rite of Kanyadan, amidst the chantings of Vedic mantras.

Some Legend has it that Lord Vishnu performed the Kanyadaan of Shiva and Parvati.  Other legends have it that the Triyuginarayan temple turned into the venue of the celestial marriage of Lord Shiva and Goddess Parvati. 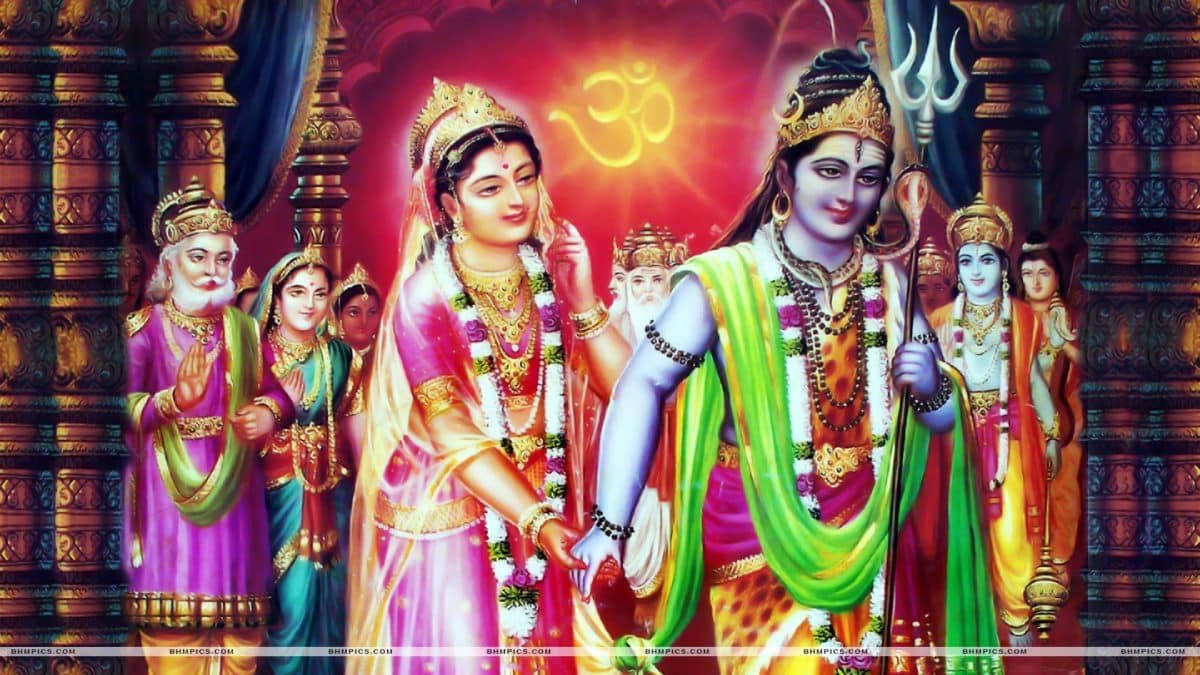 The holy fire lit in the Agni Kund is believed to have been burning since then and blessed to burn eternally in front of the temple until time ends.

It is also said that Lord Shiva, Vishnu, and Brahma took a dip in kunds nearby to cleanse them of any sins; these were later named Rudra Kund, Vishnu Kund, and Brahma Kund.

During the ceremony, while Lord Brahma was reading the sacred vows, he also marked the sacred venue with a Brahma Shila in front of the temple.

According to legends, for any couple suffering through marital discord, the ashes from this holy fire are supposed to bless them for conjugal bliss.