There are very interesting stories and origins of love in Hinduism (Hindu Dharma). One origin has it that there used to live a super-being known as ‘Purusha’, who had no desire, craving, fear, or any impulse to do anything as the created universe was perfect and complete. 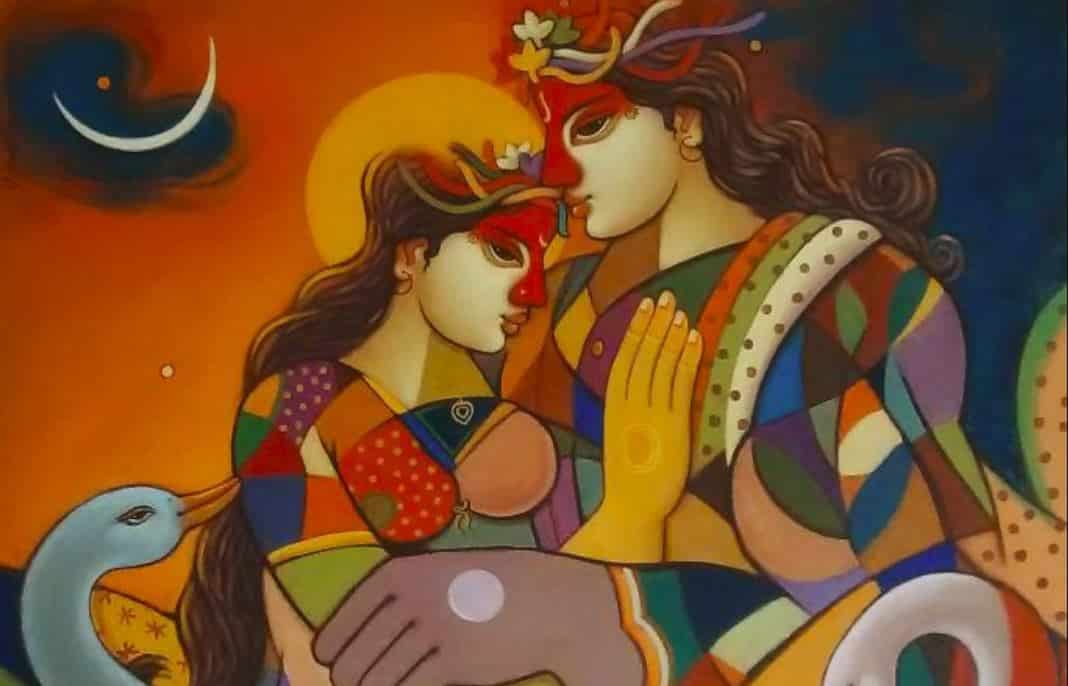 As either male or female on this earth, we are seeking our other half too, and that search is known to be ‘Love’. Today, we are completely indulged in the romantic and sexual elements: there are dating sites to find “partners”, advertisers exploit this “love” to sell everything, and then there are movies that keep us on our toes with romantic involvement.

But the sages of ancient India say that the love we’re chasing is not love; instead, it is the fleeting emotional high of “falling in love”, which can collapse at any moment. The sage philosophers kept pondering on this topic way before Christ, and freshly developed the ideas during the revival of Bhakti Yoga during the 15th century. They found that love transits at five different stages. These stages are:

The desire to merge initiates from physical attraction. The Kama means “craving for sense objects”, which is usually translated as “sexual desire”. It is to note that unlike Judeo-Christian myth where sexual desires are considered to be the “fall of man”, Hindu dharma doesn’t associate sex with shame, instead, a joyous aspect of human existence. This is where Kamasutra comes into play, which is not just about positions, but more about the philosophy of love and the questions of love.

The sages agree that kama can be a goal of Hindu life, but it is not the sole factor that can lead to wholeness.

Only sex can fulfill physical desires, but there would be no emotional feeling if we indulge in sex without true intimacy and sharing. This is where the Indian sages focused on the emotional content and developed a rich context to understand the moods and emotions.

However, the ancient sage understood that just finding our “soulmates” would not be able to solve all our problems. However, it does provide us with the foretaste of something good, something much greater.

The dating sites and apps are screaming: “Stop waiting for love; it is within your power right now to make it happen.” But can just a swipe of a finger or a click of a button really help you on your spiritual journey? Maybe, maybe not.

Because there is little love in little things we can do. This could just be a simple smile to a stranger or food to hungry. Mahatma Gandhi says “The simplest acts of kindness are by far powerful than a thousand heads bowing in prayer.” Compassion just like the natural love we feel towards children and pets. The “Matru-Prema”, which in Sanskrit means motherly love, and it is the kind of love that is most giving and least selfish. Maitri is the motherly love, not just for your partner or children, but for all living beings.

Compassion is just a start, and not a final rubber stamp. The ancient sages went beyond interpersonal love and envisioned a form of love that expanded to the whole of creation. This path to finding this love is known as “Bhakti Yoga”, where you are not only cultivating the love for others but also to the love of God. The love of God doesn’t need to be the God that we use in the usual self. It can be the highest form of kindness, truth, or justice. People like Dalai Lama, Nelson Mandela were all passionate and committed to these highest forms of truth, kindness, and justice.

There is a cycle to everything. The love that started by directing towards others is then again directed towards the inside – the self. Atma Prema could be translated as self-love. Indian mystical poet Kabir says, “The river that flows in you also flows in me.” This means that what we see in others, we see others in ourselves.

I, you, he, she, we –
in the garden of mystic lovers,
these are not true distinctions.

Atma-Prema leads us to understand that we are part of the Purusha, and we are the children of the highest. Thus, when we love ourselves and others in the most profound of manner, the love knows no boundaries and thus becomes unconditional.

Love in the end

Thus, the ancient philosophers of Hindu dharma propose these five stages of a lover’s journey as mutually exclusive and that we don’t need to renounce physical love and romance to pursue higher love. When we develop ourselves in these five stages, we free ourselves from the attachment of physical romance only and thus be able to live love in the most unconditional way.

The Inspiring Story of Mirabai and Her Bhakti for Sri Krishna

Nala and Damayanti – A Story Of Perseverance For Love