The difference between “Om Namah Shivaya” and “Om Shivaya Namah”

Normally, ‘Namah’ is used after God’s name, especially when you want to refer them directly. For reference, we refer to Lord Rama as Om Ramaya Namah.

Some people believe that the meanings of both the mantras are the same, “Salutation to Shiva”. They thought that to impress the Gods, it’s more appealing to sing it than simply calling the names. So basically, “Om Shivaya Namah” is just a direct saying, and “Om Namah Shivay” is its poetic version. As per Vedas, you can notice there’s a unique rhythm for each mantra.

However, as per others, the true meanings behind the Om Shivaya Namah and Om Namah Shivaya mantras are:

Saint Vallalar (Ramalinga Swamigal) wrote that when one applied sacred ash on the forehead, one should say ‘Shivay Namah,’ because it confers on a devotee good speech, good company, good qualities, and moksha. (Also Read – Om Rudraya Namah)

Sambandan explains the difference between ‘Om Namah Shivay’ and ‘Om Shivay Namah’ in an article published in The Hindu.

Each of the letters in these mantras has significance.

Will we go the way in which temptation leads us? Or will we turn towards God? The ‘ya’ comes right next to ‘Va,’ for the Goddess is even more merciful than Lord Siva. After all, an erring child is afraid to approach his father. It first seeks forgiveness from its mother, who recommends to the father that he must not judge his child harshly. In the same way, the Goddess makes sure that the Lord’s wrath is not directed towards us. She speaks to Him on our behalf. To get His mercy, we must go to Her first. His mercy then automatically comes to us. 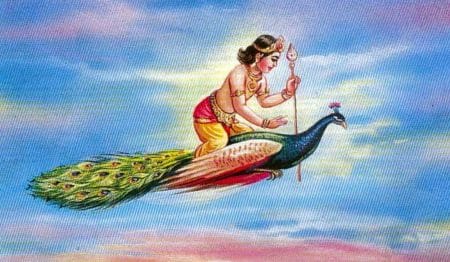 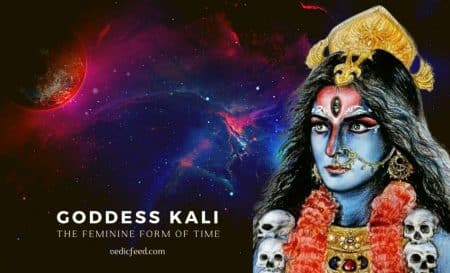