Positive and Negative Effects of Mars in 12 Houses

In Vedic astrology, Mars is known as Mangal. The planet Mars represents ferocity and aggression. It stands for heat, redness, energy, and dynamism.

According to Hindu Pauranic stories, Mangal is considered as Bhumi Putra. He is considered to be the son of mother Earth. It is said that when the earth was lying submerged in a vast expanse of the sea. Lord Vishnu in his Varaha Avatar lifted the earth and brought it out and placed it in a suitable orbit. (Interesting Mars Facts)

Effects of Mars in different houses

It is generally seen that a strong Mars will give a good result with respect to the below-mentioned significations while a weak Mars represents the deficiency of the same.

Positive Effect: Mars in the 1st house, makes the one stay active in their profession with numerous projects on hand. The natives are likely to be physically strong and courageous. Their personality is characterized by a lot of energy and enthusiasm. They are clear about their path and they will pursue it without any reservations.

Negative Effect: Mars on a negative part, makes the one take reckless decisions, which might be harmful. While being active they may land into troubles time and again. Besides, they may possess an aggressive nature and usually make their decision without consulting with others.

Positive Effect: As for the 2nd house, Mars makes the person a risk-taker. They are likely to be hard-working. Besides, they are bold and they may also be arbitrary. They are bubbling with energy which they are likely to use towards making money and accumulating wealth and possessions in their life.

Negative Effect: The presence of Mars, in the 2nd house, makes the native be assertive. They may get flared up over small issues and pick up quarrels with others. Besides, the natives may have difficulties in pronouncing some words. If Mars is afflicted, then the natives even suffer from speech-related issues.

Positive Effect: Mars in the 3rd house, makes the natives have the ability to speak their mind quite readily when it comes to expressing their ideas and opinions. They know a lot about several subjects and wish to share their knowledge with others. In communication, they are very direct and clear.

Negative Effect: If the individual with Mars in the 3rd house is too much adventurous, it could be dangerous to their life. In other words, it increases the chances of fatalities and accidents. They are usually short-tempered and ineffective in decision making.

Positive Effect: Placement of Mars in the 4th house, makes the one experience gains in terms of wealth, property, comforts, and lavishness in their lifestyle. According to Vedic astrology, these natives are the resistive ones and their positive mindset helps them to overcome hurdles in life.

Negative Effect: On a negative note, it leads the native to unwanted desires, aggression, being short-tempered, lack of sufficient knowledge. At times, relationships with others may be hampered because of their egoistic behavior and inadequate understanding.

Positive Effect: When Mars gets into the 5th house, it makes the natives energetic and enthusiastic in all areas of their life. Their approach to life is righteous and they tend to positively live their life. They respect their family members and have a deep respect for others in general. They are likely to be romantic and admirable.

Negative Effect: When Mars is negative in the 5th house, it makes the native reckless, aggressive, and abusive. Sometimes the natives have serious conflicts in their love affairs and as a result, they might lose their partner. Besides, they often feel useless to foster their self-expression and self-esteem.

Positive Effect: The natives with Mars in the 6th house, are likely to be very hard working. They put in a lot of energy and effort into their work. Besides, they can become highly skilled at organizing, re-organizing, sorting, classifying, and analyzing things.

Negative Effect: On a negative note, when Mars enters the 6th house one may easily become impatient and aggressive if other members of the team are not working as fast as they do. They may even become frustrated if things don’t go their way. Also, they might get annoyed if someone criticizes or irrupt into their work.

Positive Effect: Mars in the 7th house, bestows the native experience long-term bliss in their lives. The married life of natives tends to be blissful and prosperous. Both the partners share their emotions and in case of hardship, they support each other.

Negative Effect: The bad influence of Mars in the 7th house bring disturbances in their relationship.  The individual might lose their sexual energy and love tendencies towards their partner. In some cases, the marriage partners may have affairs outside of their marriage/relationship.

Positive Effect: Mars in the 8th house, makes the one ardent. Whatever they do they tend to do it with a lot of zeal and passion. Besides, their intuition is really powerful and hence, has the ability to see through the false pretenses of others.

Negative Effect: Mars in the 8th house makes the one get attached to people easily. Therefore, they have trouble letting someone go or allowing their partner to be independent. In fact, they can become quite possessive of their loved ones, which can cause problems as others may not see it in a proper light.

Positive Effect: Mars in the 9th house makes the natives filled with a sense of adventure. They may be very zealous to uncover truths. They may also be very ambitious and pushy towards what they want and they will do what they want to do at all costs.

Negative Effect: The natives with Mars in the 9th house makes them polite and rigid in nature. They have their own philosophy of life. For, them it’s their way or the highway. Besides, they are always ready to fight when fingers are raised against the religion and philosophy which they practice in life.

Positive Effect: When Mars enters the 10th house, one may be strongly career-oriented. They might maintain an invariant and implacable motivation towards their professional goals. They might also, easily thrive and flourish in their career. They can be a mastermind in whatever they do. Besides, they are quite active in their personal and professional life.

Negative Effect: The presence of Mars in the 10th house is not so good. They are likely to be easily attracted to negative in their life. They tend to develop the habit of thinking negatively about every situation in their life. Because of their habit, their professional growth is likely to be restricted.

Positive Effect: The natives of the placement of Mars in the 11th house are blessed with abundance and riches gains. The natives might be virtuous, happy, gallant, and endowed with wealth. They are likely to be goal-oriented and spend a lot of time setting all kinds of goals for themselves. Also, they are great socializers and motivators within their friend circle.

Negative Effect: On a negative note, Mars in the 11th house may bring severe hurdles and obstacles in one’s life that hinder the process of achieving goals. They may be intolerant and narrow-minded. At times, they might even become judgemental and hardly put effort into verifying the information.

Positive Effect: The natives of the placement having Mars in the 12th house, makes the one kind, compassionate and peaceful. They tend to love challenges and seek to solve it patiently. They are self-motivated and able to assert themselves without fear.

Negative Effect: On a negative note, they might have secret sexual desires and they find it difficult to ask for what they want to their partners. Also, their relationship might develop psychological complexes. This could hamper their mental heath as well. 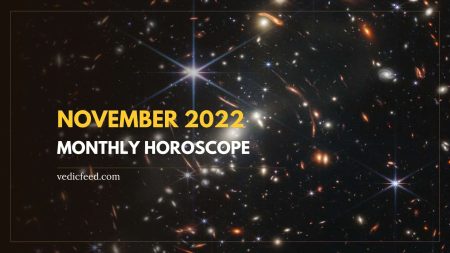