Shiva Yajur Mantra, also famous as Karpur Gauram Karunavtaaram is one of the most famous mantras that any Hindu must have heard. It is an ancient Sanskrit Shloka related to Lord Shiva and a popular aarti in Shaivism. The mantra is found in Yajurveda, one of the four canonical texts of Hindu Dharma, the Vedas. 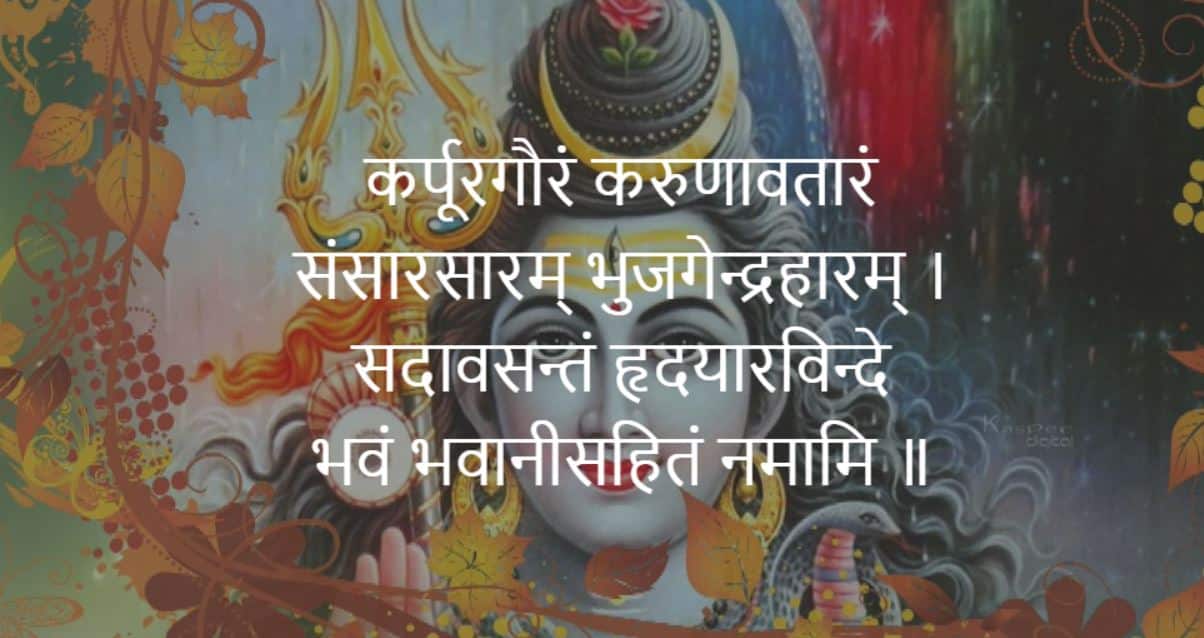 Lord Shiva, one of Trinity Gods also known as Shankar, Rudra, Bholenath, Nilkantha, and Mahadeva is the most popular Hindu deity. He is also known as the Destroyer or the Transformer according to Hindu methodologies & Puranas. The word Shiva signifies the auspicious. Lord Shiva roots out sin and terror and is the bestower of earthly happiness, promoter of good and auspiciousness. Shiva is also called Sankara which means doer of good. Shiva takes one beyond the three bodies (Tripura), gross, subtle and causal that envelope the Jiva or the embodied soul. He is hence the Hara or the remover of all evil and the idol of renunciation.

Shiva Yajur Mantra (Karpur Gauram Karunavtaram) is a powerful mantra usually chanted during the time of arati. It is one of the most popular Hindu mantras related to Lord Shiva.

Of all the mantras dedicated to Lord Shiva, Karpur Gauram Karunavtaaram is considered as pure as a white lotus. It is said devotee chanting this mantra feels spiritual ecstasy as this mantra glorifies Shiva in the highest order. Let us understand what it means.

The Four Vedas – An Introduction, Origin and Brief Description