Dedicated to Lord Shiva, Lad Khan Temple is the most ancient Hindu temple located at Bagalkot, Aihole in the state of Karnataka, India. Built during the 5th century in the times of Chalukya dynasty, the temple is located around Durga temple, Aihole. The name of the temple comes from Lad Khan who had turned the temple into his own residence for a short period.

The Structure of Lad Khan Temple

The temple has a small shrine with mandapa in front of it. The mandapa has a Mukha that’s in front of the sanctum and comprises of 12 carved pillars. From the sabha mandapa, one can enter maha mandapa, where the pillars are arranged to form two concentric squares. Floral patterns decorate the walls and the windows have lattice made of Northern style. A smaller sanctum faces the main sanctum and is nested above the center of the hall.

Previously, the temple was dedicated to Vishnu. Now, the temple holds Shiva Linga with a Nandi. The architecture of the temple falls under the category of Panchayatana style, which perhaps indicates some of the earliest experimentation in temple construction. The unique feature of this temple is that it has a rectangular structure and then as one progresses through the temple, it ends with a square structure. Both the square and rectangular plans have sleep roof, based on wooden construction design – the adaptation of wooden styles from stone. 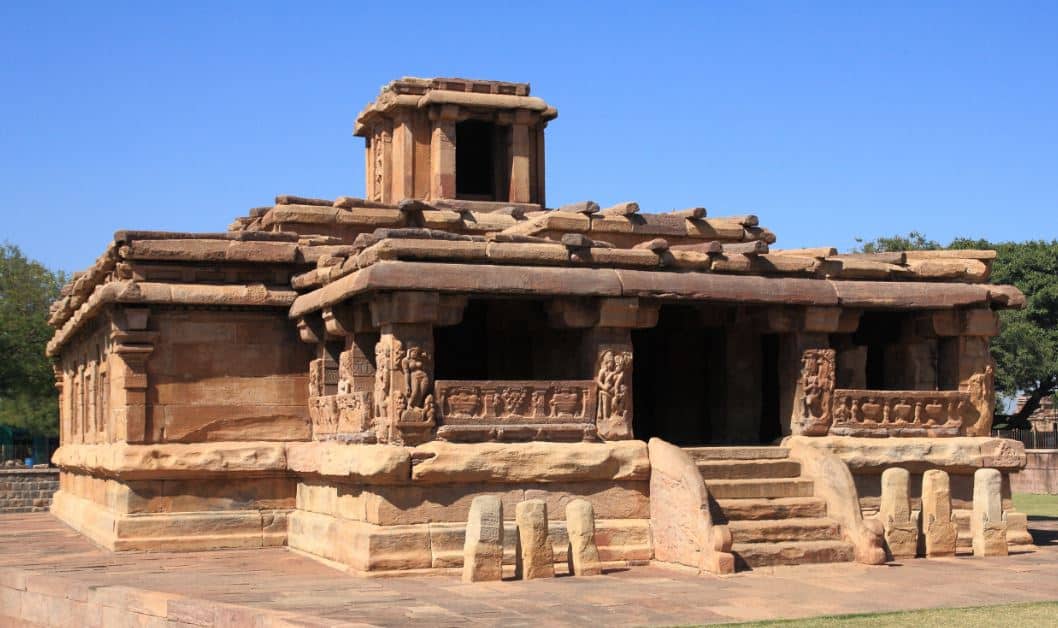 The maha mandapa then leads to the exterior by large windows between the pillars. Above the maha mandapa, there is a turret that shows the first version of future towers that became shikharas and vimanas.