There are numerous ways of stating devotion to Lord Narayana. One of the most commonly observed pujas by Hindus is the Satyanarayan Puja. It is a popular and traditional ritual dedicated to Lord Vishnu, performed in many Hindu households and temples on an auspicious day.

Like any other puja, Satyanarayana Puja also begins with a prayer to Lord Ganesh, the remover of all hindrances and obstacles that come our way in the due course of life.

Satyanarayan puja can be conducted on any ordinary day, at any time, and by anyone irrespective of their caste, creed, Martials status, etc. One need not wait for a ritual to organize it. However, the Ekadashi and Purnima are considered auspicious for offering puja to Lord Satyanarayan.

Also, taking advice from an Astrologer to figure out the auspicious time is recommended. (Things to consider when choosing best Astrologer Online) 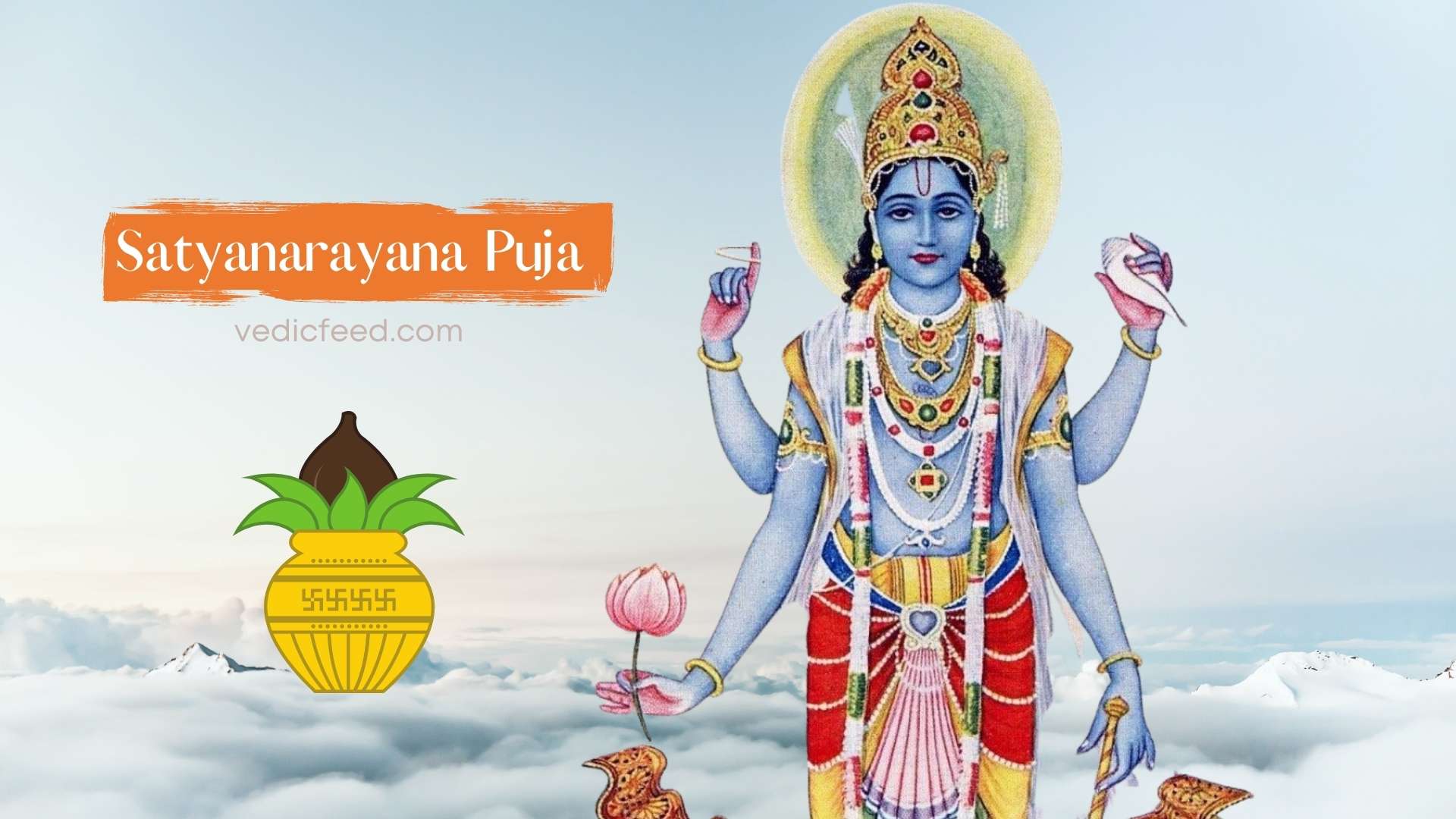 Chitra Pournami (Chaitra Purnima) is considered to be significantly favorable for performing the Satyanarayana Pooja. It is understood that the Pooja can be organized at any time on a full moon day. However, the Pooja must not be done by the devotee on a New Moon. It can be performed in the daytime or morning and evening. Performing puja in the evening time is considered more suitable and brings a good result to devotees.

During the Puja day, devotees do not eat food until the pooja is concluded. The aspiration of dispossessing oneself from food ensures that no evil thoughts come to mind during, before, and after the puja. After the puja is completed, one can get the blessings of Lord Satyanarayan and fulfill their fast by consuming Prasad.

It is easy and simple to perform, and one can do it even without a priest at home. It is also believed that following the puja at home or temples will bring a more effective result in their life. Satyanarayan Pooja is also performed to celebrate certain events in a devotee’s life, such as purchasing a new house, entering into a new house, buying some property, getting a job, marriage in the house, and so on. It is performed either before or after the fulfillment of the wish.

Significance of performing the Satyanarayan Puja

The Satyanarayan Puja is the worship of the Lord Vishnu in the form of Satyanarayan. It is generally performed on the full moon day to invoke the blessing of Lord Vishnu. Devotees have been carrying out this ritual for spiritual and holy reasons. It is said that after performing this puja with devotion and faith, devotees generally benefit a lot. Their problems and difficulties are resolved, and they can get over the problems in life.

Satyanarayana Puja is very popular because it is one of the simplest and easiest rituals performed by the Hindus. Everyone can perform this puja irrespective of age or gender. Many devotees and families perform Satyanarayan puja every year for the family’s wellbeing, health, and wealth. It can also be performed at any time of the day.

Purnima and Ekadashi are considered more auspicious for performing Satyanarayan puja. However, an experienced Vedic Astrologer can also help figure out the auspicious day for performing the pooja. Satyanarayan Puja is also performed when there is an achievement in business or career growth and during social functions like marriages, house-warming ceremonies, the naming of the children, etc.

As stated above, any person can perform the Satyanarayan puja on any day without waiting for an auspicious day. However, the purpose of the Satyanarayan puja is to invite as many people as possible, recite the Katha associated with it, and distribute the Prasad. This specific puja is meant to eliminate all the hurdles in society and team up as one unit to chant the name of God, who represents eternal truth.

The Satyanarayan Puja unites the family friend’s together, encouraging harmony on earth. It emphasizes worldwide happiness and unity. This puja protects one from evil and keeps one on the path of goodness and truth. It is usually performed using Kalash, banana leaves, fruits, betel leaf, kumkum, milk, tulsi leaves, Ganga water, dry fruits, etc.