Although Diwali is celebrated as the return of Shri Ram to Ayodhya, Goddess Laksmi and Lord Ganesha are welcomed into every household on this auspicious day. Goddess Lakshmi is the Goddess of wealth and prosperity while Lord Ganesha is considered the God of intelligence. People worship these two deities to welcome wealth along with intelligence. Worshipping the forms of Goddess Mahalakshmi is the most crucial part of Diwali. It is said that on the night of Diwali, Goddess Lakshmi visits each house and blesses everyone with great wealth

According to the scriptures, once Goddess Lakshmi grew very arrogant about Her powers and wealth. Goddess kept praising herself while having a conversation with Her husband, Lord Vishnu. She is the one who bestows everyone with money and wealth. Lord Vishnu decided to get rid of her arrogance. Lord Vishnu calmly reminded her that in spite of having all the qualities, a woman remains incomplete if she does not bear a child. Motherhood is the ultimate joy that a woman can experience and since Lakshmi did not have children, She could not be deemed complete. On hearing this from her husband, Lord Vishnu, She was extremely disappointed.

Understanding Lakshmi’s pain, Goddess Parvati let Her adopt Ganesha as Her son. Goddess Lakshmi became extremely elated and said that She will bestow Ganesha with all Her accomplishments and prosperity. Those worshipping Lakshmi for wealth would first have to worship Ganesha to seek Her blessings. Those who will worship Lakshmi without Ganesha will not be blessed by the Goddess. Hence, Goddess Lakshmi is always worshipped along with Ganesha on Diwali. 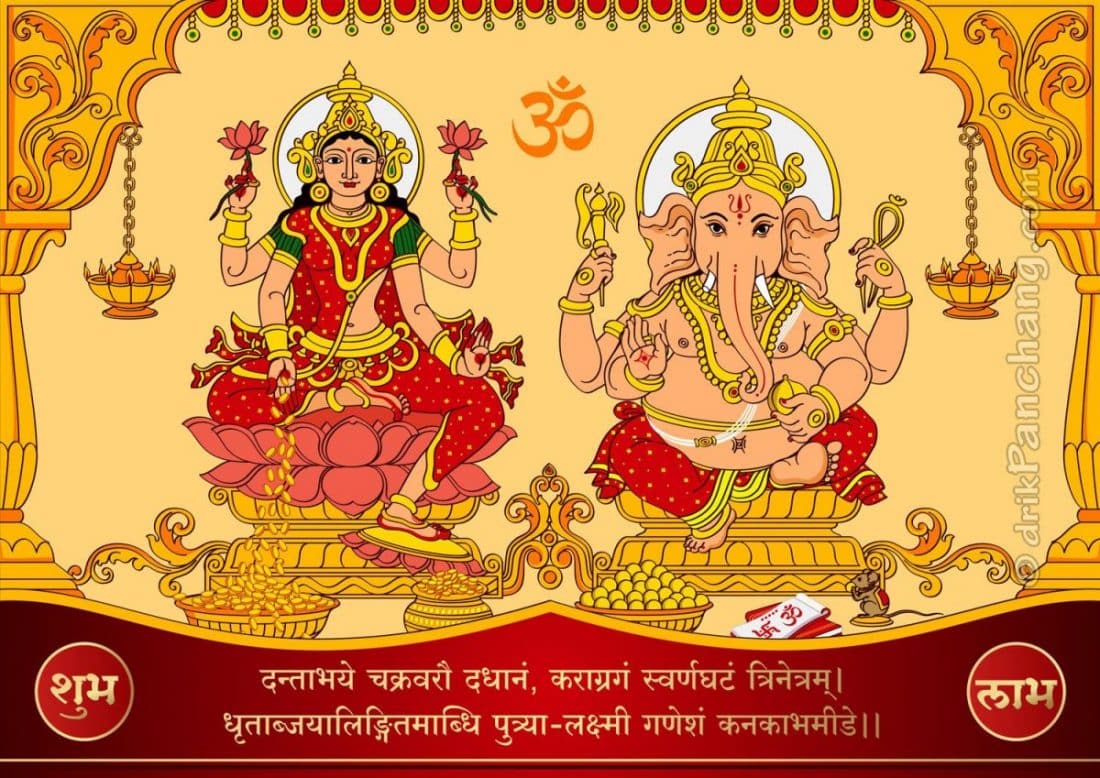 Gaining wealth without intellect will only result in misusing the wealth. So, one must first acquire the intelligence to spend wealth in the right manner. Therefore, Lakshmi and Ganesha are worshipped together.