The term Vastu is composed of two Sanskrit words ‘Vastu’ and ‘Shastra’ where Vastu means house, habitation, building on land or ground and Shastra means teaching or doctrine. Hence, Vastu Shastra is the doctrine of designing houses. 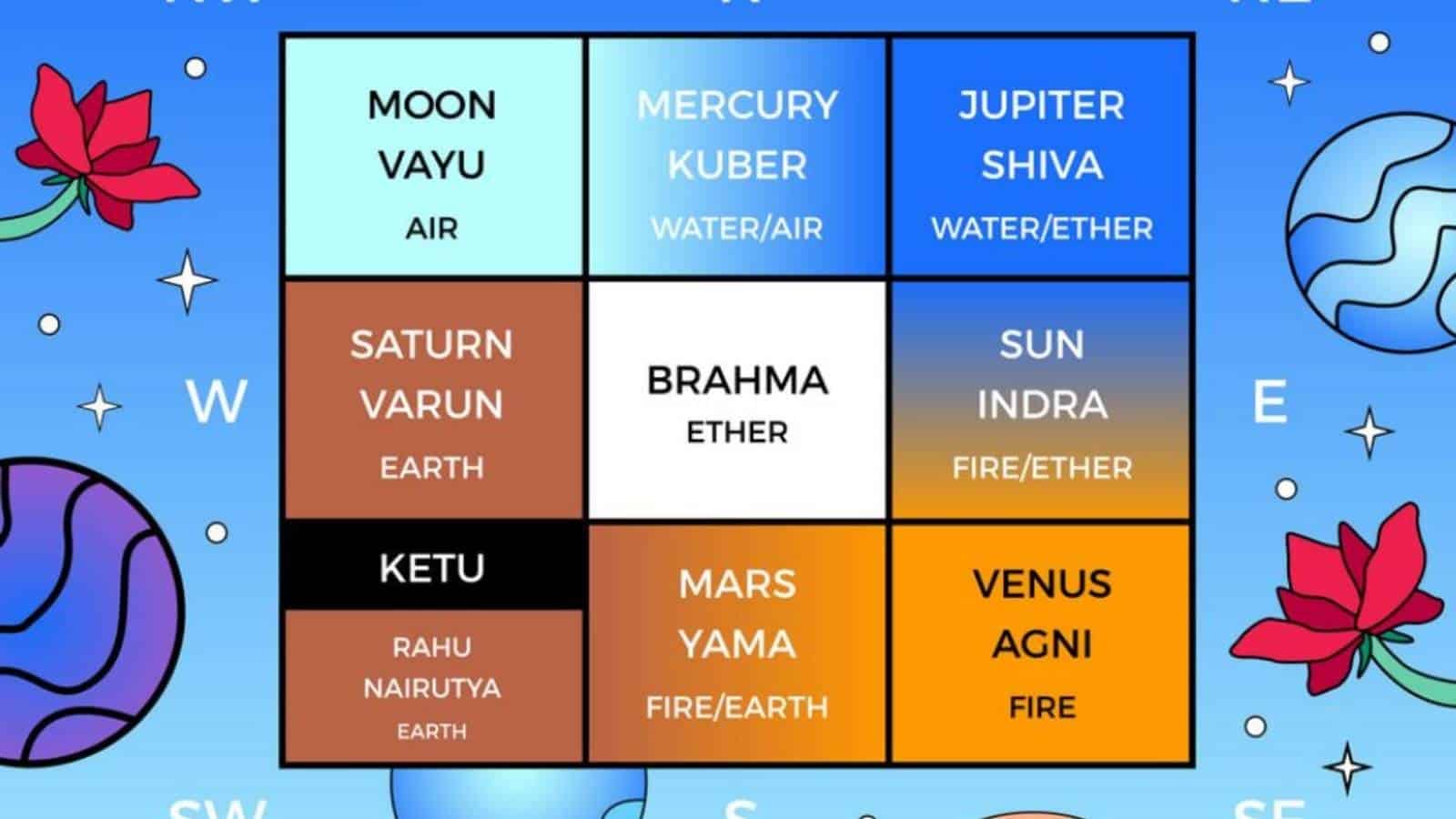 Vastu Shastra is an old scientific theory that is over 5000 years old. The texts on Vastu Shastra can be found back in 1500-1000 BCE. The initial archives of the account of Vastu Shashtra lie within the Vedas, (oldest scriptures of Hinduism). Among the four Vedas, the Rig Veda explains about the Vastu Shastra and mentions Vastospati as the protector of the house.

Other sources of Vastu Shastra

Vastu Shastra has been explained in numerous Hindu Puranas, Sanskrit treaties, Hindu literature, and Manu Scriptures written by Sages in the past are the main sources of Vastu Shastra. One of its theories can be found in The Brihat Samhitha by Varamhira. This document has altogether 106 chapters, among which Chapter 53 has a full description on Vastu Shastra. Besides, The Matsya Purana also describes the Vastu Shastra as a Rakshasa – protector of human wellbeing. Likewise, other few Hindu scriptures such as Chakra Shastra, Devalaya Lakshana, Agni Purana, and so forth elucidates a lot about Vastu Shastra.

Vastu Shastra, the ancient system of building construction incorporates traditional Hindu beliefs. The designs of Vastu Shastra aim to integrate architecture with the environment, the relative functions of various parts of the buildings, and antique theories operating symmetrical patterns (yantra) and maneuvering placements.

Basically, Vastu Shastra is the literal part of Vastu Vidya – the wider knowledge about building construction and design scheme models from earliest history. It is not something that deals with permanent procedures and plans but instead defines a theory of various designs, the pool of thoughts and perceptions, with different types of layout, figures, and sketches. These ideas are mostly the collections of the internal decor, building outlook, gardening, and house plan.

According to the Vastu Shastra, the human body is the combination of Pancha Tatwa (five elements namely; fire, earth, water, air, and sky). The principles of Vastu Shastra say that if these five elements are positioned appropriately in a home, they will release positive energies from all directions.

These five elements are somehow linked with the five senses of taste, touch, smell, hearing, and sight and any kind of imbalance affects the well-being of humans. Therefore, the architecture of a town, city, or house of people has to be in synchronization with these five elements and the five senses for their well-being. Further, it is also believed that the movement of the magnetic currents and the magnetic fields, gravitational effects of Earth, the direction and the velocity of winds, and light and heat of the Sun affect the well-being of humans as well.

Vastu does not mean that people do not have to rely on modern means of architecture. Vastu Shastra are small pieces of advice, which one can incorporate while building homes to get a better outcome for happiness and prosperity.

With the correct application of Vastu Shastra, one can experience,

Examples of some ancient proprieties made according to Vastu Shastra

Vastu Shastra is hence something that needs to be considered while building houses so as to maintain a happy and healthy family life. It is of course difficult to abide by everything that Vastu Shastra suggests but one can still make an effort to at least obey a few of its suggestions and advice best possible on their end.

Vastu For House Plan – House planning based on Vastu Shastra