Positive and Negative Effects of Venus in 12 Houses

In Vedic Astrology, Venus is named Shukra. Venus is considered the planet of love, marriage, beauty, and comforts. According to Pauranic Hindu Scriptures, Shukracharya is the son of Sage Bhrigu. He is the preceptor of the Asuras, the enemy of Devas.

Shukra was the only one considered worthy of being granted the knowledge of MritaSanjivani Vidya by Lord Shiva to bring back even dead to life.

Effects of Venus in different houses

Like several other combinations in Astrology, the placement of Venus in 12 houses bring both favorable and unfavorable outcome in one’s life depending on their position in the birth chart.

Here is the prediction of Venus in different houses, yet, the accurate prediction can be ascertained only after analyzing the birth chart as another planetary movement should also be a probe.

Positive Effect: Venus in the 1st House is the room for self-growth. It helps one to be a perfectionist in everything they do. They tend to be honest and polite. It makes one possess a beautiful mind and helps to lead a happy life.

Negative Effect: On a negative part, Venus may lead one to act arrogant and selfish. They possess the feeling of being the best of all and indulge in self-praise so much that they tend to generate selfishness.

Positive Effect: As for the 2nd House, Venus makes the individual lead a comfortable life. It brings wealth and worldly comforts to one’s life. The natives may probably develop some creative talent, more likely in arts. Their talents can even become a source of earning, making them rich and famous.

Negative Effect: The presence of Venus in the 2nd House will make them spend the money unnecessarily on useless things. Besides, they might generate the habit of expecting things from people, leading them to the disappointment many times in their life.

Positive Effect: Venus in the 3rd House will make the one highly expressive, diplomatic, and tactful. They will have the ability to win against others with the power of their words. They incline to be excellent mediators. They might be good at redressing problems and settling arguments. Also, they are polite and persuasive in their speech.

Negative Effect: At times, Venus in the 3rd House may cause one to engage in many mind games. They may use flattery as a method to further their interests. However, using flattery may make them lose their credibility and genuineness.

Positive Effect: The placement of Venus in the 4th House is said to be one of the best placements for Venus. The native will be endearing and generous. They show great vitality and have peaceful relationships with the opposite gender. They are likely to live a lavish lifestyle with a high-end standard in society and with all the expensive comforts.

Negative Effect: Venus in the 4th House is less maleficent in Vedic astrology. On a negative note, there is a high possibility of getting betrayed by familiar people.

Positive Effect: When Venus gets into the 5th House, natives exhibit a strong sense of fun, recreation, and enjoyment. They tend to be more romantic and may develop romantic connections at an early age. They are highly sensual and enjoy indulging in pleasurable activities to the fullest possible extent.

Negative Effect: When Venus is negative in the 5th House, it causes disturbance in their relationship as they enjoy dating different kinds of people. They often seem to be demanding people’s attraction which might affect their stability in a relationship.

Positive Effect: When Venus gets into the 6th House, the natives are likely to be practically affectionate and helpful. Their love will be strong and stable, and they will care for and share everything with their partner and loved ones. They are polite, friendly, and easygoing.

Negative Effect: On a negative note, when Venus enters the 6th House, it makes the one under-confident in choosing the profession. They tend to have a confusing mind and gradually give up on what they want to do in life.

Positive Effect: Venus in the 7th House bestows the native with a happy married life filled with affection, charm, and grace. They show great understanding and sympathy in their relationships. Besides, these natives are also loving, caring, sensitive, and gentle in their personal life.

Negative Effect: The bad influence of Venus in the 7th House fills an individual’s life with egoistic behavior. They might have an unstable and unreliable jobs because of their very nature.

Positive Effect: Venus in the 8th House attract wealth and comforts in life through the efforts of their life partner. They lead a rich and abundant life. Besides, their partner is exceptionally well versed in financial matters. Wealth may come in the form of inheritance to the natives.

Negative Effect: Venus in the 8th House brings a lot of negativity inside the individual. If they allow it to overcome them, there may be serious difficulties. Besides, the natives may be inclined towards supernaturalism and paranormal studies, which might affect their mental health.

Positive Effect: Venus in the 9th House renders individuals with high success in life. They tend to be enthusiastic and aspirant. Besides, they have a philosophical bent of mind. Also, it gives one an inclination towards charity and generous deeds.

Negative Effect: Venus in the 9th House might generate a high obsession with having a perfect relationship. They tend to have their own philosophy of love, so they might end up having an unstable relationships in their life.

Positive Effect: When Venus enters the 10th House, the person may rise high in the profession and become very popular. The natives have a strong desire to be admired and adored. They tend to have charming personalities and loving nature. Besides, these natives are good at making contacts and organizing social events.

Negative Effect: The presence of Venus in the 10th House is not so good. The individual may get betrayed by their near and dear ones. Also, they are likely to suffer a heavy monetary loss once in their life.

Positive Effect: Venus in 11th House bestows the one with good social & professional arena heights and strong financial stature. They tend to maintain strong social relationships, and they are likely to benefit from friends and social relationships.

Negative Effect: On a negative note, Venus in the 11th House indicates the bad health of the individual and their father. Also, they are likely to incur financial losses due to the bad advice of their friends or any people working with them.

Positive Effect: Venus in the 12th House makes the person affectionate and generous in attitude. The individual will have a balanced and peaceful life. Besides, they may gain “name and fame” due to their work in life.

Negative Effect: On the negative side, Venus in the 12th House brings failure of the marriage. It gives less sex drive to the male individual for physical indulgence with wife or beloved. They seem to be secretive and like to keep their feelings to themselves. 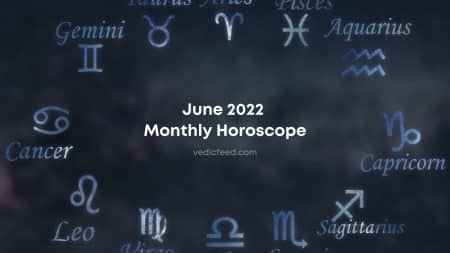 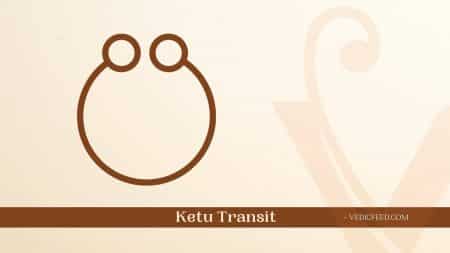 Transit of Ketu through the 12 Zodiac Signs