Concept of Dreams According to Hindu Dharma

Dreams are always a mystery. It has a pleasing as well as horrifying effects on the human mind. It has been seen a fascinating and mystifying human experience. The dream is a physiological process occurring in every individual.

The dream state is known as Swapna in Sanskrit which literary means loss of touch or ignorance. According to Upanishads, dreaming or Swapna is one of the four states of being. Other three being Jagrit (waking), Supta (dreamless sleep) and Turiya (transcendent).

Charaka, one of the principal contributors to Ayurveda, in his sevenfold classification of the Swapna covers the waking experience,  Somatic impulses, imagination, and the influence of the supernatural. Those seven types of dreams according to the source and the content are,

These seven types of dreams can are further divided into two;

Types of Dream According To the Effect

According to Acharya Harita, a normal human being has five cycles of dreams. There are five distinct timings of the dreams which are:

Ancient Hindu texts also suggest that the dreams, which one has during the first quarter of the night, take one year to show their effect. Dreams of the second quarter manifest their effects within 8 to 10 months. Dreams of the third quarter materialize within 3 to 5 months whereas dreams, which one has during the fourth quarter or Brahma Muhurta, show their effects instantly or within a month. Dreams of early morning period are virtually ineffective for they are an outcome from the state of half-sleep.

What Causes Dreams or Swapna

The perception of objects is common to both waking and dream states. The difference between waking and dreaming state is the senses (Indriya) you use to perceive the object.
The illusion of you being awake exists in your mind (Manas). The dream world is created out of old memories (Smriti) you had when you were awake. What do you think is responsible for the creation of this illusion in the mind?

According to Ayurveda, the dream is caused by the atman or soul. Acharya Charak states that the transmigration in the dream is one of the indications of the soul or Atma.

Acharya Caraka categorically states that Atma or soul is one such entity which is responsible for Ahamkara (ego), Phala (enjoyment of fruits), Karma (engagement in action), Desantargati (transmigration) and Smriti (memory). Swapna is also a type of Smriti (Yoga Darsana describes it to be a type of Smrti, i.e. Bhavita Smrti).

Hence Atma or soul can be termed to be responsible for the creation of Swapna or Dream. 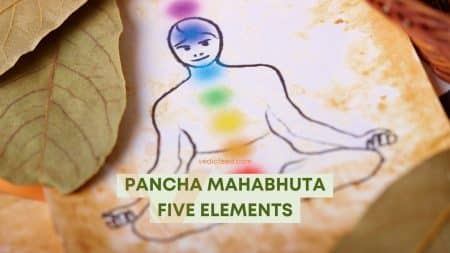