If there be a word for the most incredible tale ever told, then it is the story of the Mahabharata. It is a great epic and is one of the pillars of present-day Hindu Dharma. The Mahabharata story and its moral ethos have profoundly influenced millions over many generations.

There is a great debate about whether there is any historical accuracy or evidence/proof in the story of Mahabharata. This narrative is so remarkable that it has made numerous people speculate ‘Did it happen? or simply as fiction, But, Mahabharata did actually occur and is a complete reality.

Mahabharata is not just a story but a detailed account of an event that occurred in the past. If we research further, there is enough archaeological and scientific evidence to prove the Mahabharata. The points noted below indicate differences in what is ‘reality’ and ‘myth.’

1. It has been written in the epic from time to time that Mahabharata is an “Itihasa,” which exclusively means “thus occurred.”

The words “Purana” and “Itihasa” were specifically coined by the ancient people to categorize the “ancient” and “recent” events. Both the words denote history that has occurred at different times. If the writer intended to write a poem or a work of fiction, he would have stated it to be a “Maha Kavya” or “Katha.” (Learn about various Sanskrit Literature)

2. It is mentioned in Aadiparva, Adhyaya 62 that the records of the Bharat Dynasty are recorded in the Mahabharata.

Several dynasties with their long lineage of kings (more than 50 from Manu) have been presented in work. If it were just fiction, 4-5 kings would have sufficed to build the story on.

3. Read the description of Kaliyuga as mentioned in Mahabharata.

Whatever Krishna said tallies with creepy, mysterious accurateness with modern life as it exists today. And remember – this was written thousands of years ago! Fiction? Unlikely because there are way too many corroborations and tallying circumstances for it to be fiction.

4. Marine archaeology has also been utilized in India off the coast of the ancient port city of Dwaraka in Gujarat, uncovering further evidence supporting statements in the Vedic scriptures.

An entire submerged city at Dwaraka, the ancient port city of Lord Krishna with its massive fort walls, piers, wharves, and jetty, has been found in the ocean as described in the Mahabharata and other Vedic literature.

5. This Sanskrit verse from the Mausala Parva 7 verse 40 of the Mahabharata describes the disappearance of the city of Dvaraka into the sea.

“After all the people had set out, the ocean flooded Dvaraka, which still teemed with a wealth of every kind. Whatever portion of land was passed over, the ocean immediately flooded over with its waters.”

6. More than thirty-five sites in North India have yielded archaeological evidence and are identified as ancient cities described in the Mahabharata.

Copper utensils, iron, seals, gold & silver ornaments, terracotta discs, and painted grey ware pottery have all been found in these sites. Scientific dating of these artifacts corresponds to the non-Aryan-invasion model of Indian antiquity.

7. The dynasties recorded in the Ramayan and the Mahabharata concur without a difference.

Even the relations between different kings and their dynasties in the great “epics” match each other. If both were mere “epics” written by two entirely different at two different times, why would everything match even up to minor details? Mahabharata occurred at a later date than the Ramayan. Why would the author of the Mahabharata borrow the same ideas and characters as those of the author of Ramayana?

8. The Greek historian Megasthenes has stated that Chandragupta Maurya was the 138 King in the lineage of Shri Krishna.

This means that Shri Krishna did exist in the bygone era and that Mahabharata did really occur.

9. All places mentioned in Mahabharata are real places; all are identified as real places.

For instance, Hastinapur is in UP. Indraprastha is present-day Delhi. Dwarka is located on the Gujarat coast. Moreover, Mahabharata cities are not limited to present-day India because Mahabharata referred to the Indian subcontinent as Bharata.

10. The Udyoga Parva of Mahabharata narrates that, just before the War, Lord Krishna went to Hastinapur in the month of Kartika on the day when the moon was at the asterism Revati.

11. Krishna left Hastinapura with Karna on the day when the moon was yet to reach the asterism Uttara Phalguni.

Karna accompanied Him to some distance to see Him off. He then described to the Lord the positions of planets in the sky and expressed his apprehension that such a planetary configuration stood for a very bad omen: such as large-scale loss of life and drenching of blood. Vyasa narrated all these planetary positions in as many as sixteen verses as if someone was describing it after visualizing them in the sky.

12. The country is named Bharat after king Bharata (son of Dushyant & Shakuntala). What country would be named after the hero of a novel!

13. European scholars brought the nomadic Aryan tribes into India after 1500 BC.

How could these Aryans create the Sanskrit language, gain so much knowledge and write all these texts before 700 BC? The European theory was rejected by great Indian thinkers, including Lokmanya Tilak, Sri Aurobindo, and Dayanand Sarasvati.

14. It is ridiculous to say that these texts are fiction because of its poetic nature.

It was a custom to write everything (even Mathematical formulae) in poetic form.

15. Maurya, Gupta, and Indo-Greek dynasties are also recorded in our Puranas.

16. The Indian Epics, especially the MAHABHARATA, pick up the thread of the tale of devastation and destruction.

Sanskrit scholars could not comprehend what was being described in the Epics until the dropping of the first atomic bombs on Japan. There are Authentic Verses from Mahabharata: “Gurkha, flying a swift and powerful vimana (fast aircraft) hurled a single projectile (rocket) charged with the power of the Universe (nuclear device). An incandescent column of smoke and flame, as bright as ten thousand suns, rose with all its splendor.”

Some unanswered questions: What made Oppenheimer believe it was a nuclear war was the accurate descriptions of the weapons used in the Mahabharata war in the epic, which match modern nuclear weapons? How much truth is there in the stories that claim that a region in Kurukshetra still has a high level of radioactivity?

This documentary discusses the scientific evidence of Mahabharata. 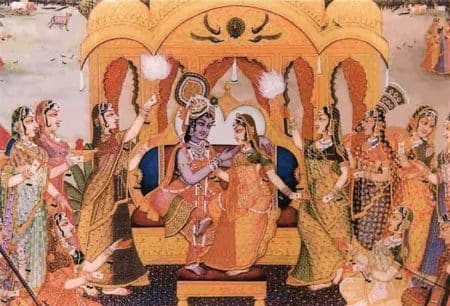 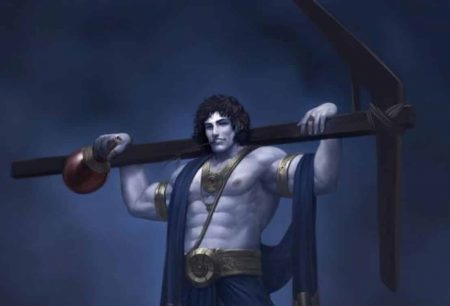