Many factors influence the construction of an individual’s personality, especially that of a woman, who goes through countless difficulties throughout her life solely because of her gender. That’s why analyzing the way a person acts and thinks can be an extremely complicated task.

In this scenario, however, there are some techniques that can help us right now. Vedic Astrology, for example, is extremely effective, since its main objective is to study how the stars and planets influence an individual’s life and also their main characteristics. 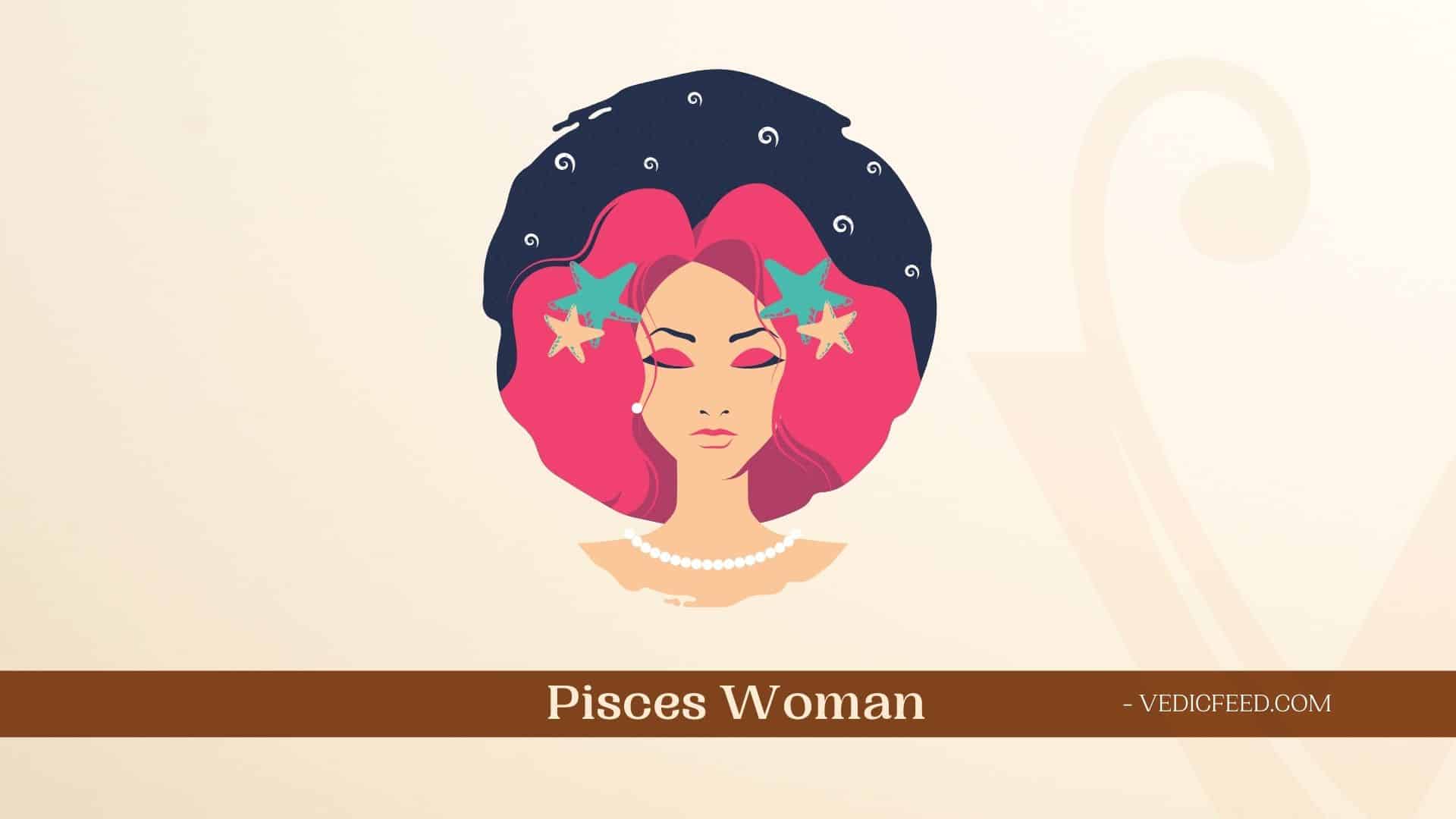 Today we are talking about Pisces Women, their personality, and some interesting facts about them. So, let’s jump to the content, shall we?

Pisces According to Vedic Astrology

Talking about Pisces, it is the 12th final sign of the zodiac cycle. Its element is water, which explains very well its nature of being very soft and graceful. The symbol of this sign shows two fish that represent their dual personality, swimming in the opposite direction. Jupiter is the lord of water element dominant Pisces and so the Pisces are full of religious qualities just like their swami (lord) Brihaspati. They are considered to be the most auspicious and holy sign of the zodiac due to the lord planet Jupiter and Varna being Brahman.

Its causative planets are Surya (Sun), Mangal (Mars), and Brihaspati (Jupiter). Mangal is the owner of the second and ninth house of this sign, Moon (Chandrama) rules the fifth house, Budha Graha (Mercury) rules the fourth and seventh house and Shukra (Venus) is the ruler of the third and eighth house. Shani (Saturn) being the ruler of the eleventh and twelfth house is considered to be the malefic planet for this sign.

Pisces is one of the dreamiest signs in the entire zodiac. Therefore, they are quite creative and it’s practically impossible to get bored around them. However, these individuals also suffer, as they live so long in the moon world that they find it difficult to adapt to the harsh reality.

Delicate, the Piscean woman is particularly even more amiable. Optimistic, she likes to share every moment of her life with those she loves, and always seeks to ensure the happiness of her loved ones.

Being very sensitive, the Piscean woman has a very strong connection with the spiritual universe. Thus, she tends to strongly believe in the supernatural, and follows her sixth sense, using it as a personal compass that almost always gives good results, a special gift from the zodiac itself.

The Piscean woman’s sensitivity makes her fall in love quickly and very intensely with a person. Thus, we can say that she gives herself body and soul to her partner, and expects him to meet all her expectations, needs, and dreams.

Pisces Woman – with Friends and Family

One of the main characteristics of the Pisces woman is the fact that she wants to see everyone around her happy. That’s why she is a very dedicated person in all her relationships. Furthermore, the Piscean woman sees no difference between friends and family. For her, family is not always made of blood, that is, friends can also be part of this bond, while she becomes very close to several loved ones.

Being very dreamy, the Pisces woman is also extremely creative. This makes her do well in the business world, as she manages to come up with impressive new projects and solutions without much difficulty. Dedicated, the Pisces is not content with anything but the best, and this factor makes it stand out quite precisely for always offering the best results in everything it proposes to do.

Piscean women tend to be extremely optimistic and positive. This makes her look at the world in a different way and be able to enjoy even the simplest of moments. Thus, it is possible to say that she leads her life in a very light and pleasant way.

While Pisces living in the moon world is beneficial in some parts of its life, it can also bring certain problems. That’s because the woman ruled by this sign ends up falling in love with a version of the world that doesn’t exist. Thus, it can be a shock to be placed face to face with a harsh reality, which generates great discomfort, interferes in their relationships, especially romantic ones, and even creates some existential questions.

Here are some facts that you may want to know about Pisces Woman which you may be unaware of.