The Purusha Sukta (Suktam) is a Vedic devotional hymn of the Truth, Purusha, the infinite field – the cosmic intelligence that manifested the universe. Purusha Suktam is an important part of Rigveda (10.7.90.1-16) and is often recited during the worship of the Sri Vishnu or Narayana.

It is also mentioned in the Taittiriya Aranyaka (3.12,13), the Vajasaneyi Samhita (31.1-6), the Samaveda Samhita (6.4), and the Atharvaveda Samhita (19.6). Some parts of Purusha Sukta is also explained in the Shatapatha Brahman, the Taittiriya Brahmana, and the Shvetashvatara Upanishad. Purusha Sukta is also mentioned in the Bhagavata Purana (2.5.35 to 2.6.1-29) and in the Mahabharata (Mokshadharma Parva 351 and 352).

Purusha Suktam – In Sanskrit and English

Translation – The Purusha has Thousand Heads, Thousand Eyes, and Thousand Feet. He envelops the World from all sides and extends beyond every direction.

The Purusha is cosmic Person, the Universal Consciousness animating all manifestation. One with the thousands of manifestation, He pervades each part of the creation and extends beyond in the ten directions represented by ten fingers.

Translation – The Purusha is indeed All this in essence; That which existed in the past, and that which will exist in the future. Everything is woven by the Immortal essence of the Great Lord; by becoming Food of which one transcends the gross world.

All this (manifestation) is the Purusha alone—whatever was and whatever will be. He transcends all in His Form as food (the universe). By surrendering one can transcend the gross world and gets Mukti (ultimate liberation).

Translation – The Purusha is Greater than all the Greatness, His One Part has become all these Worlds, and His Three Parts rest in the Immortal World of the Transcendence.

Words cannot express the greatness of Purusha. One-fourth of Him all beings are, while three-fourth of Purusha rises above as the Immortal Being.

Translation – The Three Parts of the Purusha is High Above (in Transcendental Realm), and His One Part becomes the Creation again and again. There, in the Creation, He pervades all the Living and the Non-Living beings.

Translation – From Him was born the Virat; from the presence of the Shining Purusha;
He created the Earth, by manifesting Her from His own being as substratum.

From Purusha, the Cosmic Body (Virat) Originates, and in this Cosmic Body, Omnipresent Intelligence manifests itself. Having manifested Himself, He appeared as all diversity, and then as this earth and this body.

Translation – With the Purusha as the Fire, the Deva continued the Yajna (in contemplation by mind), Spring was the clarified Butter, Summer was the Fuel, and Autumn was the Havis (Sacrificial offering of that Yajna).

Translation – From the Complete Offering of His Yajna was obtained Ghee mixed with coagulated Milk, which are Animals, both of Air and of Forests and Villages.

Translation – From the Complete Offering of His Yajna was born the Rig Veda and Sama Veda, The Chandas were born from Him, and the Yajur Veda was born from Him.

Translation – The Brahmanas were His Mouth, the Kshatriyas became His Arms, The Vaishyas were His Thighs, and the Shudras were assigned to His Feet.

Translation –  His Navel became the Antariksha (Space), His Head sustained the Heaven, From His Feet the Earth, and from His Ears the Directions; in this manner all the Worlds were regulated by Him.

Translation – By making Seven Enclosures with Three times Seven sacrificial Firewood, the Deva in that Yajna, bound the infinite expanse of the Purusha as finite living beings.

Translation – The Devas performed the external Yajna by meditating on the real Yajna; And thus they first obtained the Dharma.  By Meditating on the Greatness of the Chidakasha, during those earlier times, the Spiritual Aspirants became the Shining One themselves. 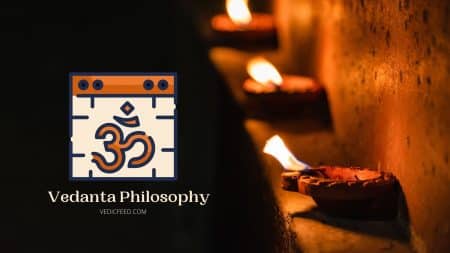