Vayu, also known as Maruta is Vedic and Hindu god of wind. He was the father of the great Pandava – Bhima and the spiritual father of Lord Hanuman. God Vayu is the god or personification of air and is one of the Vedic gods that Hindus worship every day. He is also said to be the King of Gandharva, the spirit of mountains who use to dwell in the foothills of Mount Meru.

In Hindu scriptures, Vayu, the god of wind is regarded as extremely important for existence as no life can survive and grow without Lord Vayu’s blessing.

In the Vedic times, God Vayu was regarded as one of the Hindu Triad. In a Brahmanic era, he was reduced in his status but he still continues to occupy an eminent position in the hearts of Hindus. In the Rig Veda, Lord Vayu is said to be a trusted friend of Lord Indra who used to share his power with him. Similarly, in Purushasukta, Vayu is said to have sprung from the breath of Purusha and also referred to as the son in law of Twashrti.

According to Scriptures, it is also believed that Vayu is reincarnated as Rishi Vasistha when he and Lord Agni were cursed by Lord Indra. It is also said that Vayu is married to the daughter of architect Vishwakarma. According to Brihadaranyaka Upanishad, Vayu is regarded as the most powerful and superior god as his name symbolizes the meaning of breath which is quite essential for human existence.

According to Mahabharata, He is the father of Bhima, one of the Pandava. Vayu is also considered as a father of Lord Hanuman.

Lord Vayu is named after various Hindu triads namely Surya, Vayu, and Agni. He is also referred to as various meanings as Vata which means blown, Pavana which means purifier and also as Prana means one who gives breath to others. Some other names of Vayu are:

Vayu is one of the gods which the Hindus worship every day. Furthermore, it is not only the Hindus but also Buddhists, Jain, Zoroastrianism, and various other religions who follow and worship God Vayu. Similarly, people of all caste and religion worship and pray God Vayu. Such as, Brahmins do Sandhyavandnanam thrice a day, in which they worship Agni and Vayu. Also, Havan and Yagam use to worship god Vayu through a priest, where, Vayu Bhagwan (god) is installed in the Havan (fire-pit). Similarly, Greeks worship him as Eolus or Aelous and Mesopotamians worship him as Martu.  Also, some Hindus worship him as Maruts aswell. Thus, god Vayu is not only being followed by people of the Hindu religion but also by the people who follow different religions and cultures.

There is a stone sculpture of God Vayu at Gokarneshwor Mahadev Temple premises located in Kathmandu district of Nepal. Similarly, there is Vayu Lingam at Arunachala, which is situated in India. There is also a Vayu Lingam manifested in the Srikalahasti temple located in Srikalahasti town of Andhra Pradesh, India. Also, there is Vayu Deva sculpture in the Brooklyn Museum in New York, USA. Many Hindu temples such as Guruvayur, Kalahasti and Vayu lingam of Tiruvannamalai are associated with Vayu.

Lord Vayu is known for his distinct character. In the Hindu hymns and scriptures, Vayu is mentioned to be extremely beautiful, who makes a lot of noise as he moves. He is said to be the powerful, destroyer, violent and heroic in his appearance. It is also believed that God Vayu used to share his power with Indra. Thus, God Vayu appears as an emperor who seems to be powerful, strong and destructive. Like many other Hindu Gods and goddesses, Vayu also has a Mount (saavari). The mount of god Vayu is Gazzele (Deer) in which god Vayu use to travel from one place to another.

Nevertheless, Vayu is important for various Hindu ceremonies and is worshipped on special occasions. God Vayu occupies a very important position in the Hindu pantheon of gods. Not only Hindus but also Buddhists and Zoroastrians as well as various other religions used to pray god Vayu as he is known as the savior of everyone’s life who gives breath to all. It is also believed that by praying and worshipping Lord Vayu, one is granted freedom from lower impulse and also raise the mind to a greater level of truth and consciousness.

Chandra Deva –  The Moon-god Who Governs Our Mind 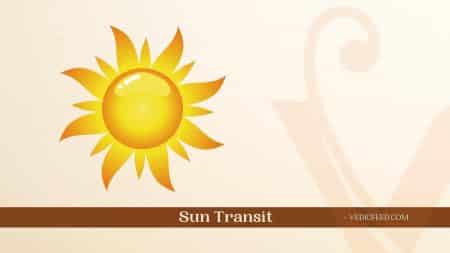