Lord Varuna is one of the oldest and most important Vedic deities, described at length in hymns of Rig Veda. The Four Vedas have been described as the supreme, all-knowing deity who created Heavens, Earth, and Air. He is believed to be omnipresent and omniscient.

As the word, Varuna means “he who covers,” Lord Varuna is believed to be someone who encompasses the whole world. Thus, he is generally worshipped as the personification of the sky. But it is thought that he is also the controller of rivers, streams, lakes, oceans, and other water reservoirs, thus giving him the title of “God of the Oceans.” 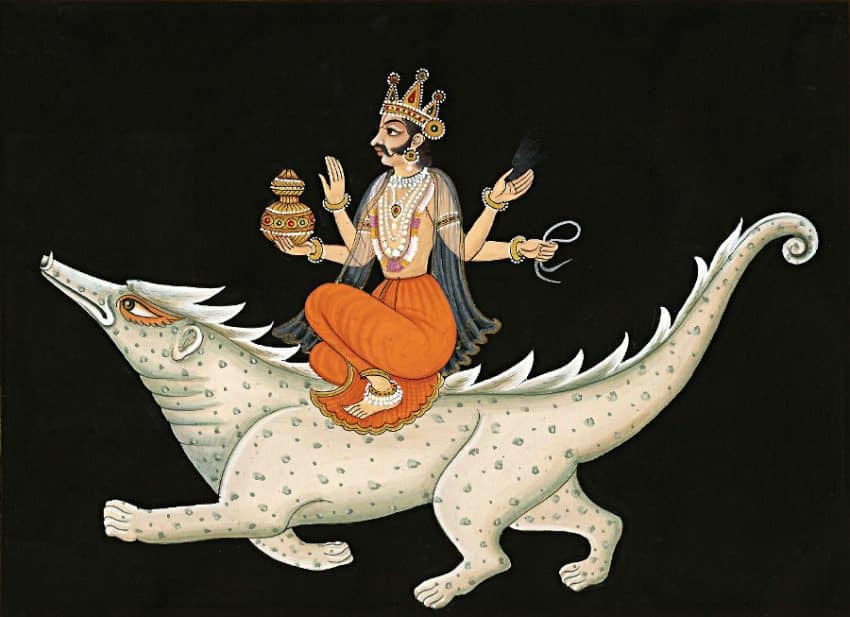 Lord Varuna is believed to be the son of Sage Kashyapa. He is said to have originated from Aditi, the mother of Gods; he is also acknowledged as Aditya. According to the Vedas, he has a thousand eyes that help him to oversee the whole world. He is often pictured as riding a chariot drawn by seven swans while holding the lotus, noose, conch, and vessel of gems along with an umbrella held over his head. However, in some pictures, he is also shown as a fair-complexioned man in golden armor riding a Makara (sea monster) holding a noose made of the snake.

Some temples in the Indian subcontinent have depicted him as riding on a crocodile. In other pictures, Varuna is shown sitting with his wife, Varuni, on a throne of diamonds and the gods and goddesses of the different rivers, lakes, and springs forming his court. 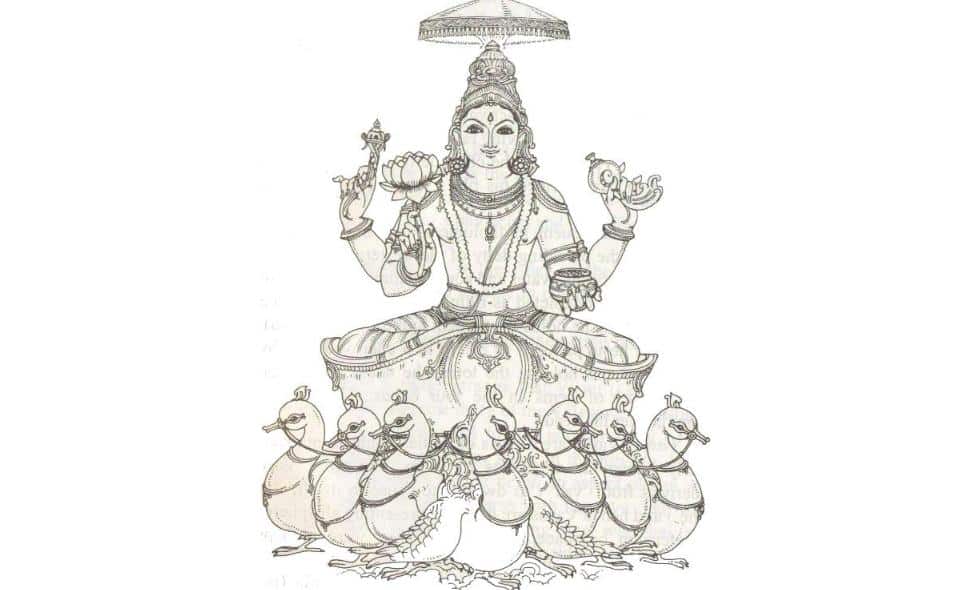 Being able to oversee the world with his thousand eyes, Lord Varuna is often also associated with moral law and community affairs. He is believed to punish those who go out of the realms of law. He was known to punish mortals who did not keep their word, and his usual method of punishment was to capture the offender with his noose. But Lord Varuna also forgives as he is said to forgive those who repent their sins and pray. He is also the keeper of cosmic order, a force called “rta,” which means justice. As the one who enforces the law, he is worshipped as keeper of divine order and enforcer of contracts.

Hindus worship Lord Varuna in different forms and methods. A legend associated with the festival of Rakhi is that of the worship offered to the sea god Lord Varuna. On the Raksha Bandhan day, devotees offer coconuts to him. He is said to be closely linked with God Mitra and Yama. But even though previously considered as the king of the universe, in later Hindu belief, it is said that he lost his supreme authority to Lord Indra. There are two explanations for the downfall. One possible reason is that when Vritra stole all the waters of the universe, which was under the charge of Varun, it was Indra who fought the demon and got the water back. 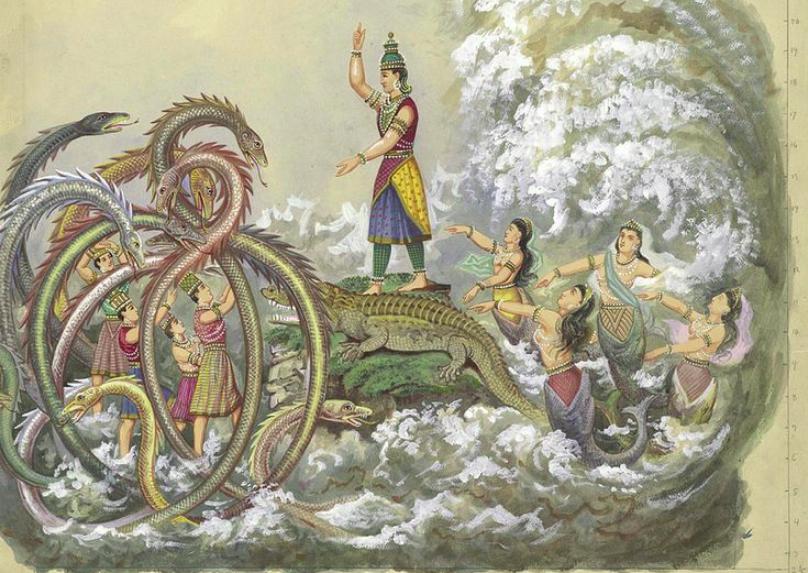 Because of this, Indra was able to replace the overlordship of Varuna. Another explanation is the great conflict between gods and demons, after the end of which each God was assigned a clearly defined sphere of influence to avoid further conflicts. Since then, Indra became the god of the atmosphere, whereas Varuna was limited to the guardianship of the oceans. There, he is said to keep watch over the various demons of the ocean.

Nevertheless, Lord Varuna is still worshipped as the guardian of the western direction. Lord Varuna’s worship is also considered to be a vital part of the ritual Sandhyavandanam.

Agni Deva – One of the most important Vedic gods