Yuga is a time scale widely popular in Indian subcontinents. As we refer to one century as a hundred years, hundreds of centuries become one Yuga. Hindu texts say there are four yugas which equal one Maha Yuga.

There are different theories regarding the total number of years comprising four yugas. Based on astrological data and research, most scholars today believe that we already passed the dark age of Kali about 300 years ago. This was first mentioned In the book “The Holy Science” by Swami Sri Yukteswar Giri.

Modern science says time is relative and is also considered an illusion. One can live in Kali Yuga while others in Dwapara Yuga or any other Yuga. Ancient hindu texts also support what modern philosophers and spiritual guru says about this scale of time and the traits of people living in various Yugas.

Whatever age or Yuga we live in, we wanted to look into one of the most popular Puranas of Hindu dharma, Srimad Bhagavatam.

The last avatar of Lord Vishnu will descend as Kalki to destroy the effects of Kali, and Satya Yuga will begin, according to Srimad Bhagavata Purana.

In the order of Satya, Treta, Dvapara, and Kali, the cycle of four ages rotates in the society of living entities in this universe. The chapter ends with a brief description and predictions of the future dynasties of the sun and moon coming from Vaivasvata Manu in the next Satya-yuga.

The Symptoms of Kali Yuga

Sukadeva Gosvami said: Then, O King, religion, truthfulness, cleanliness, tolerance, mercy, duration of life, physical strength, and memory will all diminish day by day because of the powerful influence of the age of Kali.

In Kali-yuga, wealth alone will be considered the sign of a man’s good birth, proper behavior, and fine qualities. And law and justice will be applied only based on one’s power.

Men and women will live together merely because of superficial attraction, and success in business will depend on deceit. Womanliness and manliness will be judged according to one’s expertise in sex, and a man will be known as a brahmana just by his wearing a thread.

A person’s spiritual position will be ascertained merely according to external symbols, and on that same basis people will change from one spiritual order to the next. A person’s propriety will be seriously questioned if he does not earn a good living. And one who is very clever at juggling words will be considered a learned scholar.

A person will be judged unholy if he does not have money, and hypocrisy will be accepted as virtue. Marriage will be arranged simply by verbal agreement, and a person will think he is fit to appear in public if he has merely taken a bath.

A sacred place will be taken to consist of no more than a reservoir of water located at a distance, and beauty will be thought to depend on one’s hairstyle. Filling the belly will become the goal of life, and one who is audacious will be accepted as truthful. He who can maintain a family will be regarded as an expert man, and the principles of religion will be observed only for the sake of reputation.

As the earth thus becomes crowded with a corrupt population, whoever among any of the social classes shows himself to be the strongest will gain political power.

Losing their wives and properties to such avaricious and merciless rulers, who will behave no better than ordinary thieves, the citizens will flee to the mountains and forests.

The citizens will suffer greatly from cold, wind, heat, rain, and snow. They will be further tormented by quarrels, hunger, thirst, disease, and severe anxiety.

The maximum duration of life for human beings in Kali-yuga will become fifty years.

By the time the age of Kali ends, the bodies of all creatures will be greatly reduced in size, and the religious principles of followers of varnashrama will be ruined. The path of the Vedas will be completely forgotten in human society, and the so-called religion will be mostly atheistic.

The kings will mostly be thieves, the occupations of men will be stealing, lying, and needless violence, and all the social classes will be reduced to the lowest level of Sudras. Cows will be like goats, spiritual hermitages will be no different from mundane houses, and family ties will extend no further than the immediate bonds of marriage.

Most plants and herbs will be tiny, and all trees will appear like dwarf sami trees. Clouds will be full of lightning, homes will be devoid of piety, and all human beings will have become like asses. At that time, the Supreme Personality of Godhead will appear on the earth. Acting with the power of pure spiritual goodness, He will rescue eternal religion.

Lord Visnu—the Supreme Personality of Godhead, the spiritual master of all moving and nonmoving living beings, and the Supreme Soul of all—takes birth to protect the principles of religion and to relieve His saintly devotees from the reactions of material work.

Lord Kalki will appear in the home of the most eminent brahmana of Sambhala village, the great soul Visnuyasa.

Lord Kalki, the Lord of the universe, will mount His swift horse Devadatta and, sword in hand, travel over the earth exhibiting His eight mystic opulence and eight special qualities of Godhead. Displaying His unequaled effulgence and riding with great speed, He will kill the millions of those thieves who have dared dress as kings.

After all the impostor kings have been killed, the residents of the cities and towns will feel the breezes carrying the most sacred fragrance of the sandalwood paste and other decorations of Lord Vasudeva, and their minds will thereby become transcendentally pure.

When Lord Vasudeva, the Supreme Personality of Godhead, appears in their hearts in His transcendental form of goodness, the remaining citizens will abundantly repopulate the earth.

When the Supreme Lord has appeared on earth as Kalki, the maintainer of religion, Satya-yuga will begin, and human society will bring forth progeny in the mode of goodness.

When the moon, the sun, and Brihaspati are together in the constellation Karkata, and all three enter simultaneously into the lunar mansion Pusya—at that exact moment the age of Satya, or Krta, will begin.

Thus I have described all the kings—past, present, and future—who belong to the dynasties of the sun and the moon.

From your birth up to the coronation of King Nanda, 1,150 years will pass.

Of the seven stars forming the constellation of the seven sages, Pulaha and Kratu are the first to rise in the night sky. If a line running north and south were drawn through their midpoint, whichever of the lunar mansions this line passes through is said to be the ruling asterism of the constellation for that time.

The Seven Sages will remain connected with that particular lunar mansion for one hundred human years. Currently, during your lifetime, they are situated in the nakshatra called Magha.

The Supreme Lord, Visnu, is brilliant like the sun and is known as Krsna. When He returned to the spiritual sky, Kali entered this world, and people then began to take pleasure in sinful activities.

As long as Lord Sri Krishna, the husband of the goddess of fortune, touched the earth with His lotus feet, Kali was powerless to subdue this planet.

When the constellation of the seven sages passes through the lunar mansion Magha, the age of Kali begins. It comprises twelve hundred years of the demigods.

When the great sages of the Saptarsi constellation pass from Magha to Purvasadha, Kali will have full strength, beginning with King Nanda and his dynasty.

Those who scientifically understand the past declare that on the day that Lord Sri Krishna departed for the spiritual world, the influence of the age of Kali began.

After the one thousand celestial years of Kali-yuga, the Satya-yuga will manifest again. At that time the minds of all men will become self-effulgent.

Thus I have described the royal dynasty of Manu as it is known on this earth. One can similarly study the history of the vaisyas, sudras and brahmanas living in the various ages.

These personalities, who were great souls, are now known only by their names. They exist only in accounts from the past, and only their fame remains on the earth.

Devapi, the brother of Maharaja Santanu, and Maru, the descendant of Iksvaku, both possess great mystic strength and live even now in the village of Kalapa.

At the end of the age of Kali, these two kings, having received instruction directly from the Supreme Personality of Godhead, Vasudeva, will return to human society and reestablish the eternal religion of man, characterized by the divisions of varna and asrama, just as it was before.

The cycle of four ages—Satya, Treta, Dvapara, and Kali—continues perpetually among living beings on this earth, repeating the same general sequence of events.

My dear King Parikshit, all these kings I have described, as well as all other human beings, come to this earth and stake their claims, but ultimately they all must give up this world and meet their destruction.

Even though a person’s body may now have the designation “king,” in the end, its name will be “worms,” “stool” or “ashes.” What can a person who injures other living beings for the sake of his body know about his own self-interest since his activities are simply leading him to hell?

[The materialistic king thinks:] “This unbounded earth was held by my predecessors and is now under my sovereignty. How can I arrange for it to remain in the hands of my sons, grandsons and other descendants?”

Although the foolish accept the body made of earth, water, and fire as “me” and this earth as “mine,” in every case, they have ultimately abandoned both their body and the earth and passed away into oblivion.

My dear King Parikshit, all these kings who tried to enjoy the earth by their strength were reduced by the force of time to nothing more than historical accounts.

Thus end of the Twelfth Canto, Second Chapter of the Srimad-Bhagavatam, entitled “The Symptoms of Kali-yuga.” 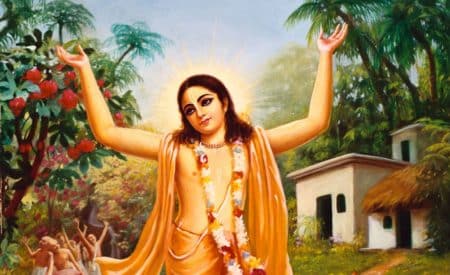 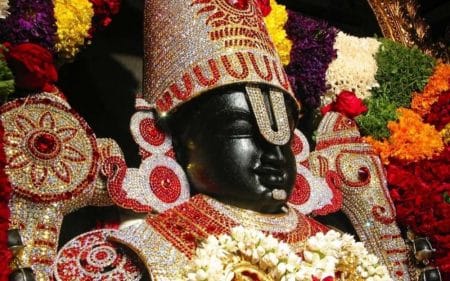