Sri Krishna is one of the most powerful incarnations of Vishnu, the Godhead of the Hindu Trinity of deities. Of all the Vishnu avatars, he is the most popular, and perhaps of all Hindu gods, the one closest to the heart of the masses. Krishna’s complexion was dark and extremely handsome. Although he is mysterious, he is vividly full of wonderful qualities.

Contents show
Wonderful Qualities of Lord Krishna
1. Joyful and Happy
2. A great leader
3. A Legendary Guru
4. An Ideal Friend
5. Mischievous
6. A brilliant student
7. Simplicity
8. Master of communication
9. An Ocean of knowledge
10. The Fully Blossomed One

We can indeed write so many books just about the wonderful qualities of Lord Krishna but for now, here are just 10 of them.

He is one of the ideal gods the kids and children love, mainly due to his playful, sweet, happy, and cute character. Lord Krishna is a happy God whose colorful expressions in life teach us what to do at difficult crossroads. Despite having so many problems in life, he lived his life as nothing but a celebration. 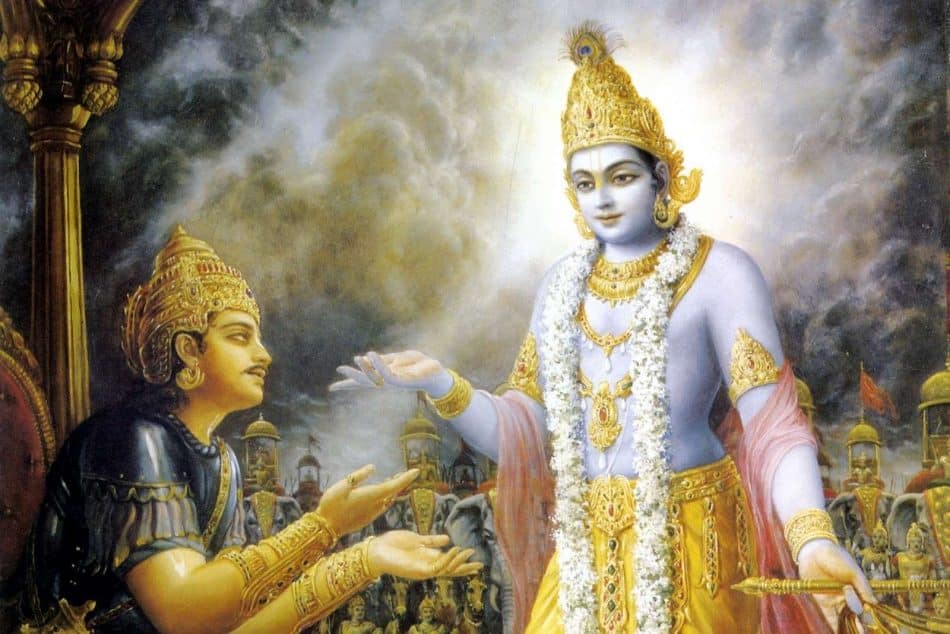 Lord Krishna comes out as one of the most excellent Managers, the greatest planner even in the crisis of all times when it comes to that. He is a master strategist and diplomatic leader who adopts different leadership styles according to the situation and people he has to deal with. Furthermore, controlling an army of 1.53 million soldiers and warriors of the Pandava Army to fight and win against an enormous army was not easy. 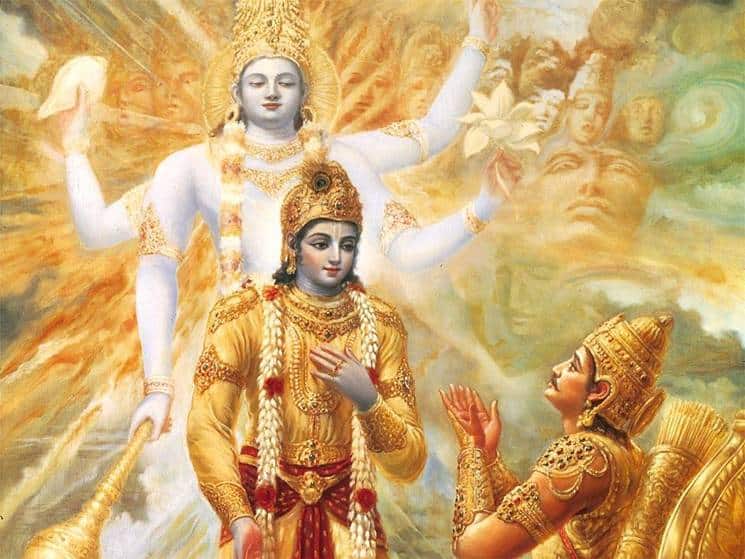 As a teacher, Lord Krishna taught the supreme truths of Yoga, Bhakti, and Vedanta to Arjuna and Uddhava. Krishna proves himself to be the ideal teacher and Guru of all Gurus. He patiently answers some 574 questions on the battlefield of Kurukshetra over 18 counseling sessions to allow Arjuna to spell out his doubts, confusion, and emotional trauma before giving his logic and reasoning. Krishna never forces Arjuna to believe what he says without being convinced about it. That is the greatest quality of a teacher.

The story of Sudama and Krishna has a great value in the Hindu world of legends. If you don’t know, Sudama was a dear friend and a great devotee of Lord Krishna. Lord Krishna personified the ideal friend. It is largely due to his utter humility towards his friend Sudama. He ran towards the gates of his palace for a childhood friend, though years and fortune separated them. A beloved friend’s simple gift of beaten rice was more desirable for Krishna than anything else. Also, he was a friend in need when he was the one who saved the dignity of Draupadi from the Kauravas.

As a child, he was very fond of butter and used to eat it wherever he found it, which earned him the nickname“Makhan Chor.” Lord Krishna is one God you can call your friend, someone you can take liberties and call a prankster, cult figure, the model lover, divine hero, or Supreme. He was very naughty as a child and is believed to hide the clothes of Gopis mischievously. This is cited as an example of divine Love and taking everyone as our own.

An ideal teacher is, first and foremost, an ideal student, someone who practices what he preaches and preaches what he does practice. Krishna was the one who walked his words. And while learning, Lord Krishna and Balarama mastered 64 sciences and arts in 64 days just by hearing everything once from Rishi Sandipani. The two picked up their studies so fast that the sage thought he was educating the sun and the moon; legend has it. Moreover, Krishna even traveled up to Yamaloka to fulfill his Guru’s wishes as his Guru-Dakshina.

The foremost quality that Lord Krishna stands for is his simplicity. Before moving to Vrindavan, he spent his early childhood in Gokul – a ‘cow-village’ in Northern India. He formed relationships or bonds of love with ordinary human beings. He was still friends with Sudama, a poor Brahmin whom he remembered even as a king. He took everything in life very easily and solved even the greatest problems and even the greatest war with simplicity. It is divine with no match.

Lord Krishna is one of the greatest communicators who know exactly what, when, and how to communicate with everyone. Mahabaratha is a great communication treatise. Lord Krishna’s presentation style, non-verbal or verbal communication, interpersonal skills, and mass communication are relevant today and should be a model for modern Management and Communication practitioners.

9. An Ocean of knowledge 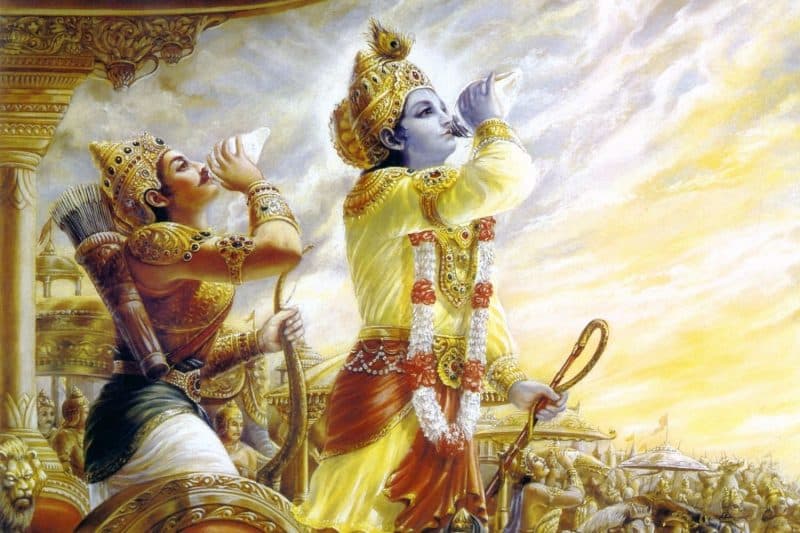 Lord Krishna was indeed the great guru of how to live life on earth. Like all great men, his life was dedicated to helping man fathom the sacred realm of supreme knowledge. Krishna is the embodiment of his own teachings, and the Bhagavad Gita is his greatest message and mission to deliver us the knowledge that we all strive to seek. “In the Gita, we hear the distant sound of the conflict of sects, and Lord Krishna comes in the middle to harmonize them all; he is the great teacher of harmony,” said Swami Vivekananda. The glory of Sri Krishna is that he has been the best preacher of our eternal religion and the best commentator on the Vedanta that ever lived in India. As Krishna himself said, “In me, they are all strung like pearls upon a thread.”

10. The Fully Blossomed One

Lord Krishna is regarded as “Solah Kala Sampoorna” and “Poorna Purushottam.” He acted as a cowherd, a legendary guru, an obedient and brilliant student, a great king, a protector, an ideal friend, a philosopher, an accomplished charioteer, a master flute player. He gave lessons to Narada in the art of playing the Vina. His flute thrilled the hearts of the Gopis and made all the cows gather in one place. He almost did everything and excelled at them. He was indeed the master of all.