Known as a physician of the Devas, Dhanvantari is a celebrated figure amongst the practitioners of Ayurveda. They celebrate Dhanvantari’s birthday on Dhanteras every year too. In Sanatana-dharma, praying to Dhanvantari is supposed to bring sound health for worshippers. 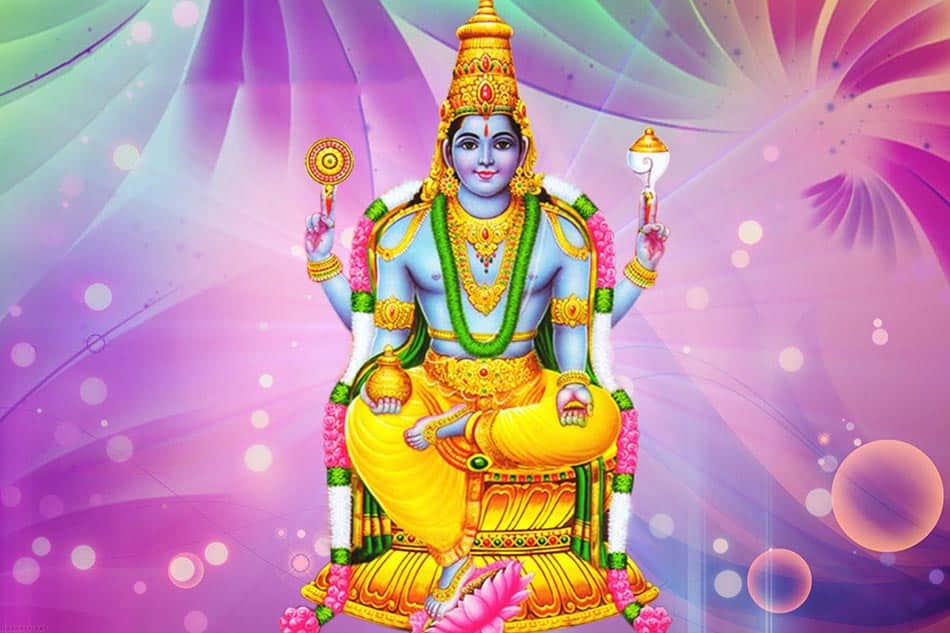 There are many instances and references to Dhanvantars in history, all belonging to different eras and different period of time. Thus, the question about who the real Dhanvantars are have always created confusion. Is he just a mythical figure? Or is there any reference to real Dhanvantari who taught Ayurveda to Sushruta? Let’s find out.

But before we delve deep, let’s understand the meaning of the word Dhanvantari:

According to the sources, there are references to four “major” Dhanvantars:

1. Dhanvantari – the physician of Devas

When Gods and demons churned the ocean for Amrit, Dhanvantari arrived with a jar of elixir on the day of Dhanteras, according to some religious documents.

The mantra in the Veda:

Meaning: Oh Lord, you are like the place where water is distributed to travelers in a desert.

Many believe that Dhanvantari is the incarnation of Vishnu, who had come with that pot of nectar in his hand in the desert of worldly existence.

In Ramayana (Balakanda, Sarga 45), Dhanvantari is described as a being who emerged from the milky ocean after a churning of 1000 years. He had a water pitcher, known as kamandalu in Sanskrit, with one hand, and a staff (danda) in the other hand.

– the one who was taught Ayurveda by Sun

In Srimad Bhagavata Purana, there is a story about Bhagavan Dhanvatari when he revealed Ayurveda to the world. He is worshiped today as the pioneer of medical science in Hindu dharma. There is a shloka in Srimad Bhagavatam, Chapter 17 of Canto 9:

In Vishnu Purana and Harvamsa, there is a fully credible and consistent genealogical account of Kasiraja Divodasa, telling us to which dynasty he belonged, which is the royal line founded by Pururavas of the lunar dynasty.

Thus, Dhanvantari, the Senior, was the great-grandfather of Kasiraja Divodasa Dhanvantari.

He is said to have divided the Ayurveda into eight divisions:

In the court of Samrat Vikramaditya, there is a mention of a Dhanvantari who was one of the nine jewels that adorned the court. He was the author of “Dhanvantarinighantu”, a lexicon on drugs.

There isn’t concrete evidence to prove if Dhanvantari really existed or not. Most evidence show that he did. But one must respect and praise the outstanding authorities of Ayurveda which has been honor throughout the history of medieval and ancient India in the name of Dhanvantari.

He is the progenitor of Ayurveda, and he stands on the top in the hierarchy of medicine in India.

There is a mantra that is taught in Ayurvedic colleges in India:

We bow to Lord Dhanvantari holding in his graceful four hands a Conch shell, a Wheel, a Leech and a pot of heavenly nectar.

Within whose heart shines the purest and gentle beautiful blaze of light, which surrounds his head and emanates from his lotus eyes.

On the dark water whose body is luminous and gleaming. Waist and thighs are covered in yellow cloth and by whose mere play. All diseases are vanquished as if by a mighty forest fire.

Theory The Behind Origin of The Universe – According to Hindu Dharma

Science Vs Spirituality – Are They Both Trying To Answer The Same Question?

5 Tales About Lord Shiva and His Illustriousness

Samudra Manthan – Everything you need to know

How did Shukracharya become the Guru of Asuras?